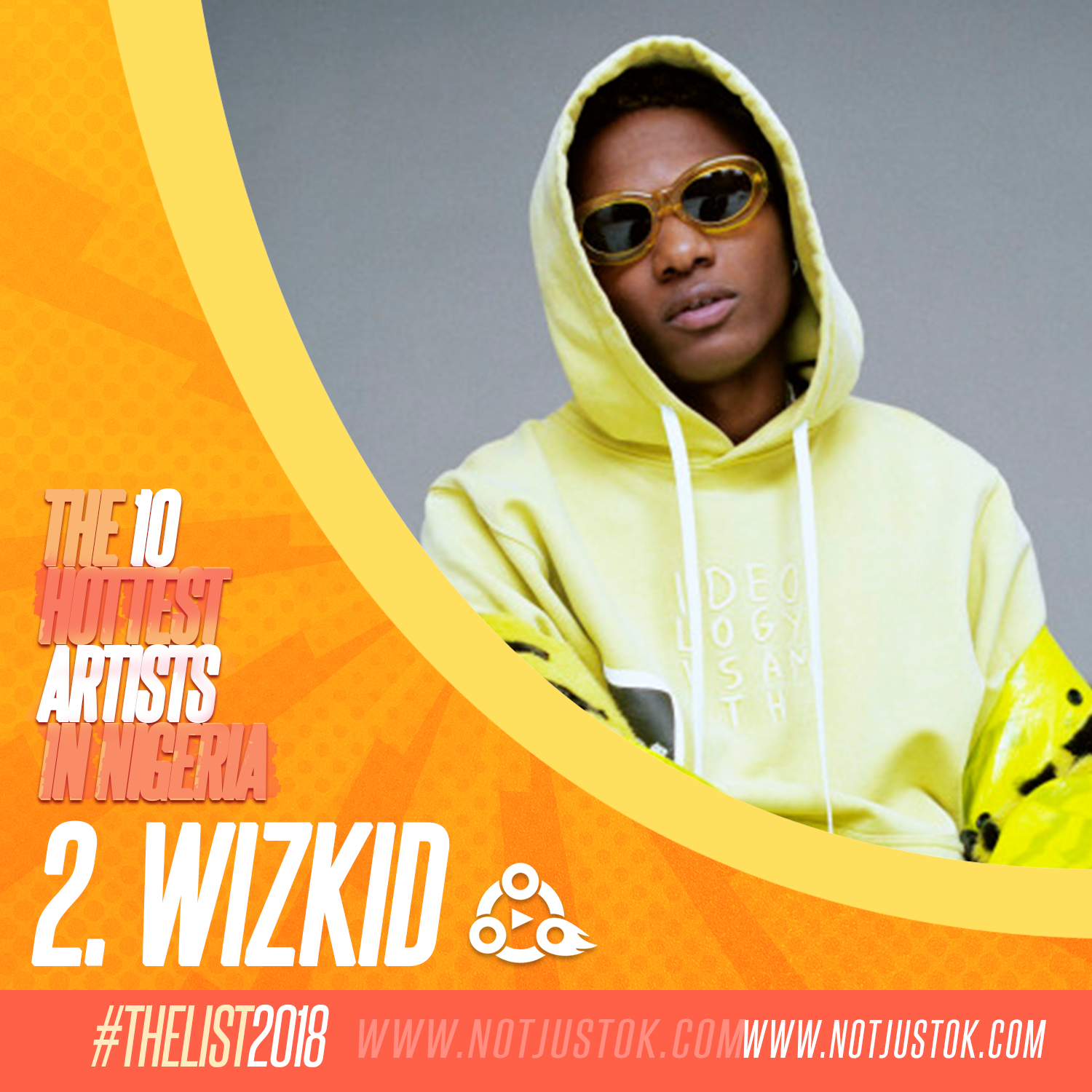 For the 6th year in a row, Wizkid maintains his status as the only artist to be on the Top 5 of #TheList series here on notjustOk.com. And for the 4th consecutive year, he’s in the Top 2. That’s by far the most consistent run by any Nigerian artist.

In 2018, Wizkid gave us arguably the biggest song of the year, SOCO. That’s 1 of 2 National Anthems we have in Nigeria this year.

Prior to that, Wiz had already blessed us with the DJ Spinall collaboration “Nowo” which came right after he tore Naij apart last December with “Manya“.

The song which probably left a bigger mark than most in 2018 has to be “Fake Love” alongside Duncan Mighty. Some may not admit it, but this joint reintroduced Wene Mighty’s undeniable talents to Lagos.

“Fake Love” kickstarted a domino effect in the industry which effectively made Duncan Mighty the most sort-after talent in the game, leading to an impressive appearance at #6 on #TheList2018. Facts Only. Whether Wizkid begged to work with Duncan or not, that’s another story. The cause is one thing, the effect is another.

One of the biggest Hip-Hop songs in Nigeria and the UK this year is “Bad Energy” by Skepta and Wizkid.

…and the video with the fastest number of views for any Nigerian video in 24 and 48 hours is Wizkid‘s “Fever” starring the 4th placed Tiwa Savage.; clocking over 2 million views within 48 hours. Wiz and Tiwa’s chemistry broke the internet in a way we hadn’t seen before. It was wild!

On the international scene, Wizkid‘s achievements set him apart from the rest. Never before had we seen a Nigerian act sell out the O2 Arena. A reported figure of 20,000 people came out for Afro Republik, thanks to the headline act, Wiz. He just pulled off another miracle as the first act to sell out 2 major concerts in Lagos this December; 4 days apart. I really could go on and on, but you get where I’m going with this.