The year 2019 and recently crossed 2020 blessed the music industry with a lot of fresh new talents and Oxlade is one of such. Born Ikuforiji Abdulrahman Olaitan, the Afropop sensation shared his background story via a BBC interview, granting fans an opportunity to know him better. 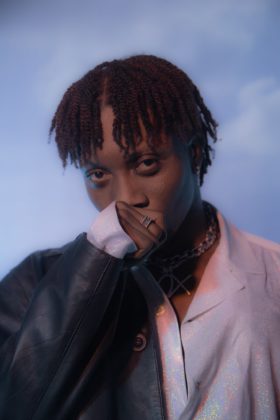 Here are some facts we got from the Oxlade interview with BBC:

1. He lost his mom at the age of three and was raised by his grandmother alongside his brother. According to him, his grandmother’s love for him is one of his biggest motivations.

2. He dropped out of the university in his final year due to a life-threatening8 circumstance but stated that it worked as a blessing in disguise for him due to the fact that it gave him time to focus on his music.

3. He admitted that he felt doomed when the Covid-19 pandemic struck in 2020 as this made him fearful of dropping his Oxygene EP. He, however, gained confidence after the good reception garnered by his hit single Away.

ALSO READ: #EndSARS: Oxlade reveals the scariest line ever heard in his lifetime

4. For him, his Headies awards nomination is a nod of acknowledgement and additional motivation as he aspires to be one of the biggest afrobeats acts in Africa in the nearest future.

5. Oxlade on the interview showed how passionate he is about his painted nails; each sign has a meaning for him and broke the meanings of each painted symbol down. The dog paws on his pinkie finger signify baby steps and gradual growth, while the Roman numeral 28 represents the day he lost his mom as well as his brother’s birthday. He explains the next symbol on his middle finger to mean that he can also be dirty while the cross symbol that comes after is a testament of his belief in Jesus Christ. The last is symbolic of his transparent nature as he explains that he doesn’t hate on anyone and is not shady.

Oxlade has been nominated for the Headies award under the next rated category and will be going up against talented new acts such as Bella Shmurda, Tems and Omah Lay.

What do you think of this Oxlade interview with BBC? Love it? Drop your thoughts below in the comment section, we’d love to hear from you