In the late '60s, highlife was a prominent genre in the African music scene. With initial roots from Ghana, variations of the genre spawn off across Nigeria. In Eastern Nigeria, the genre was laced with percussion-based instruments and complemented with guitar mid-riffs and the occasional saxophone. Chief Stephen Osadebe and Oliver De Coque spearheaded the movement, and Bright Chimezie and Celestine Ukwu were heavy contributors as well. Celestine Ukwu's percussionist, Adalolo, a fairly unpopular man within the highlife scene had a son who drummed on any surface he could find. Adalolo's son's penchant for percussion would eventually rub off on Adalolo's grandson - Stanley Omah Didiah - also known as Omah Lay. It is a similar percussion-heavy sound that graces Omah Lay's self-produced highest-charting song, Bad Influence. 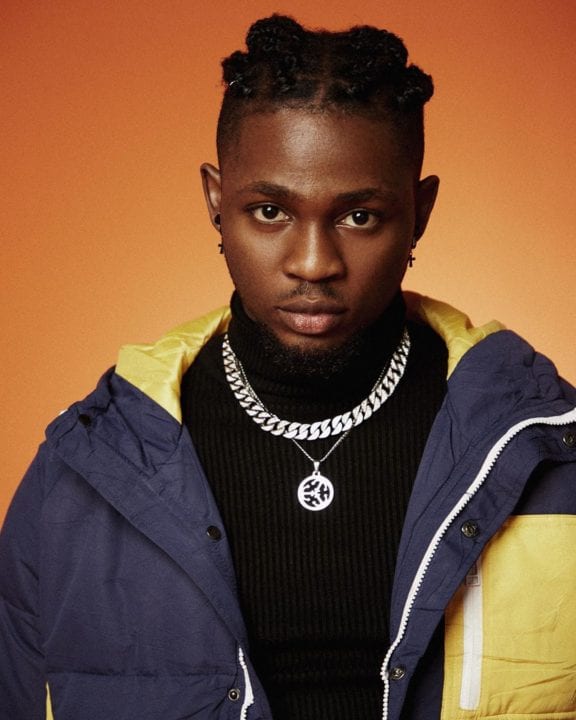 “Bad Influence was sort of a freebie song,” Omah Lay tells me on a calm Wednesday afternoon. “I put it out for the fans because I had not put out anything in a long time. I put out on Audiomack first and when it started doing well, I put it on all other platforms.”

A native of Ikwerre, Rivers State, Omah Lay got his stage name from a conjugation of his real name and his local dialect; “Omah was gotten from my name and the Lay is the way my people call people who are far away ”, but the Port Harcourt resident only moved to the faraway centre of Nigeria's commerce, Lagos, in August 2019 after signing a record deal. “The label wanted me to get a change of environment and create my personal space to express myself ,” he explains.

Growing up in the oil-rich and once militant-embattled Port Harcourt, Omah Lay matured while listening to tunes from Duncan Mighty and Grammy-nominated Burna Boy, but it was rap royalty, Drake, that inspired him to pursue the same career path as his grandfather. “I wanted to be a rapper. I was part of a rap group, my name was Lil King,” he says with reminiscent laughter. “I really liked Drake and his flows so I wanted to be like that.” When he was sixteen years old, he started producing music after constantly spending his time shuffling between the studio and his home. He would go on to work as a songwriter and producer for several artists he prefers not to name. However, Omah Lay was not credited for his work as a producer and songwriter by the artistes he worked with. 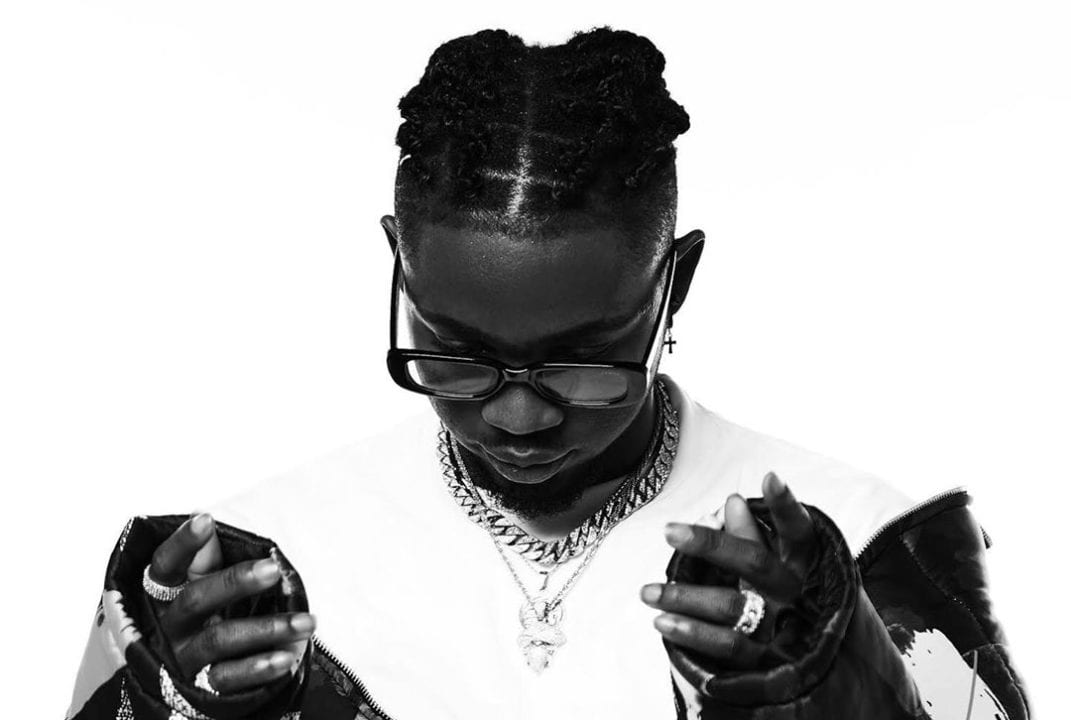 “I hated 'You' - the official version - so much but everybody else liked it. It was like a ten against one situation so we decided to drop it.”

In the Nigerian Afrobeats scene, songwriting is heavily frowned upon by fans and artists alike. Despite the genre's persistent reliance on sampling old tunes and interpolating music from other genres, songwriting is where artists and fans alike seem to draw the line. It was not until recently that artistes started crediting songwriters for their work with Davido leading the charge of publicly owning up to using songwriters. Still, many artistes refuse to credit songwriters for their work, perhaps for fear of being stripped of the public's adoration of the artists' ingenuity? This lack of acknowledgment from the artistes he had worked with led to Omah Lay's first experiment, his self-produced April 2019 single, Do Not Disturb. “I had worked with some artists, writing songs for them but none of them credited me for my work. 'Do Not Disturb' was my way of proving the critics wrong. The song was just my summary of that whole experience. That is why it had lines like you dey video, you no know wetin my eyes dey see now I am balling, you dey try to tear my jersey”. A month after releasing Do Not Disturb, Omah Lay released 'Hello Brother', a soulful lo-fi tune proclaiming undying love for his brother. After 'Hello Brother', Omah Lay embarked on a seven-month-long hiatus from music.

Omah Lay returned from his self-imposed absence with Bad Influence, and a record deal with emerging music frontier, KeyQaad. On February 14, 2020, Valentine's day, Omah Lay released his first official single, You, a love-themed Afrobeats medley filled with multisyllabic rhymes; “I hated You - the official version - so much but everybody else liked it. It was like a ten against one situation so we decided to drop it.” He says of the Eljack-produced song while laughing. “The producer did a great job because he chopped off a lot of things on the official version. Personally, I prefer one of the alternate cuts to the official version.”

After You achieved appreciable success, two alternate versions of the song were released to the general public. Two weeks later, Get Layd, Omah Lay's five-track debut EP was released. “The EP was originally supposed to drop between late March and middle of April after dropping You in February. The uncertainty about COVID and the lockdown made us delay the release a bit,” he explains. Get Layd peaked at No. 1 on Nigeria's most valuable charting metric, Apple Music charts, and four of the five songs on the EP, as at the time of writing, occupied the top four spots on the Apple Music top 100 songs within the country: “Topping the chart has always been a goal, but nobody really expects to occupy four spots of the chart with your debut project. I just wanted the music to be enjoyed and to do well, in whatever way that is determined.” 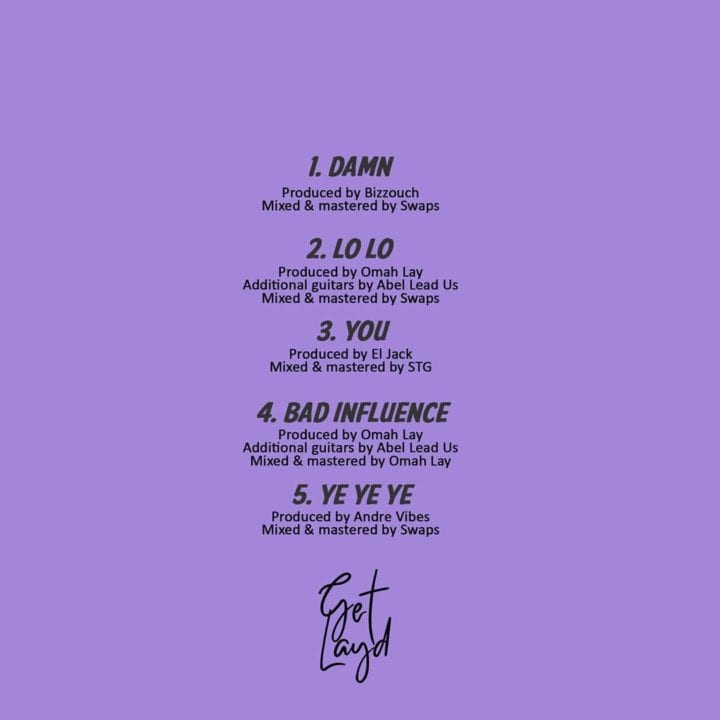 Get Layd is a love-laden EP that intersects multiple genres of music. I question Omah Lay if he had a predefined sound he was trying to establish with the tape. “I don't like being boxed in a particular genre, I like exploring different sounds. The base of my sound is still Afrobeats; it is just different variations of it”.

On Get Layd, Omah Lay exposits through different expressions of love. He is lovestruck on Damn, Lo Lo Lo and You, penitent on Bad Influence, and explicit on Ye Ye Ye. Across the tape, he constantly reaffirms that he is a bad boy and often proclaims some of his vices. I ask if his lines about his vices and his bad-boy nature are somewhat a reflection of his personal life and he laughed resoundingly, “I actually write my lyrics down, and some of them are from personal memories. Although, I mix it up sometimes with things from my imagination,” he clarifies before explaining to me that the line Doctor said I burnt my liver from Bad Influence was inspired by actual health issues.

Since the release of his tape, the purple chromatic-theme of Get Layd has been emblazoned all over Omah Lay's digital footprint. I ask Omah Lay's manager, Ebika, who was present during our conversation if Omah Lay is hands-on with his image projection. “He is very conscious about the way he is portrayed instead of just letting someone handle his image and then represent something that he is not,” Ebika affirms. For someone whose project was accruing widespread acclaim, I wondered whose projects he was really digging into among his fellow industry new-comers; “I listen to everybody. Because I am a producer as well, I like to listen to different sounds but I really like Oxlade's Oxygene and Fireboy DML's album.” 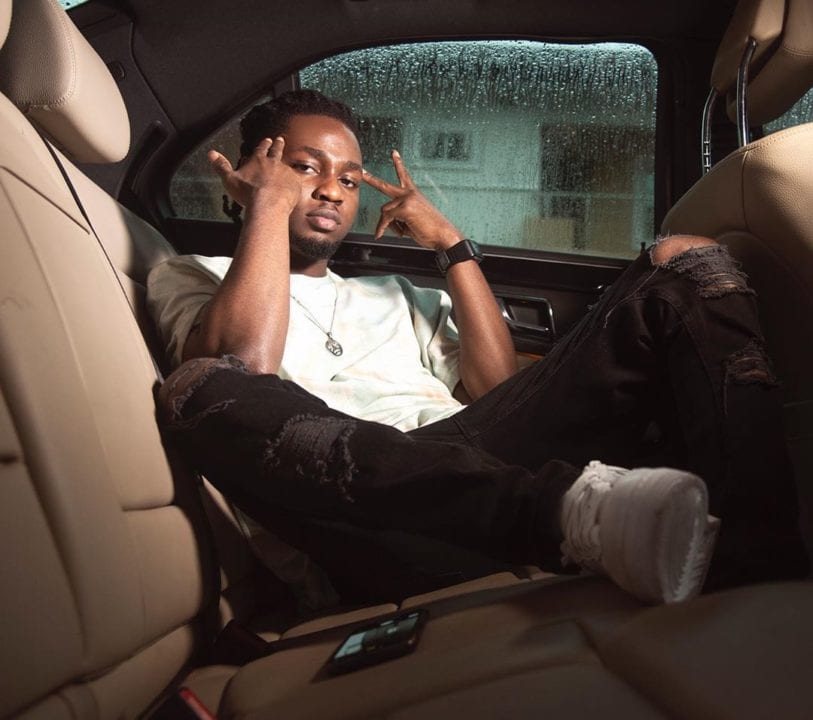 “I don't want to sound like God or like a God but I always knew this was where I was going to be. ”

Throughout our conversation, Omah Lay's words are measured, and he laughs a lot with a peal of laughter similar to that of new-born basking in the joy that life offers. His laughter is contagious and filled richly with joy, why wouldn't it? His debut EP just surpassed 20 million streams across all digital streaming platforms. Despite his growing popularity, and being the current poster boy for Afro-centric digital music content, Omah Lay maintains that he is the same introverted person that he was before all the acclaim. He is still relishing the newness of figuring things out - appreciative of the new friends that have reached out with words of encouragement and at peace with his old allies within the industry. He is aware that his music possesses a subtle charm that entrances listeners, and his versatility and knack for experimentation postures him as an artist that is going to be a mainstay within mainstream Afrobeats circles. I pondered if he ever thought he would get to this point of his career during the days where he shuffled between the Marine Base in Port Harcourt and the studio. He pauses for a minute, perhaps reminiscing the times past, and dons a little smile, “I don't want to sound like God or like a God but I always knew this was where I was going to be.”