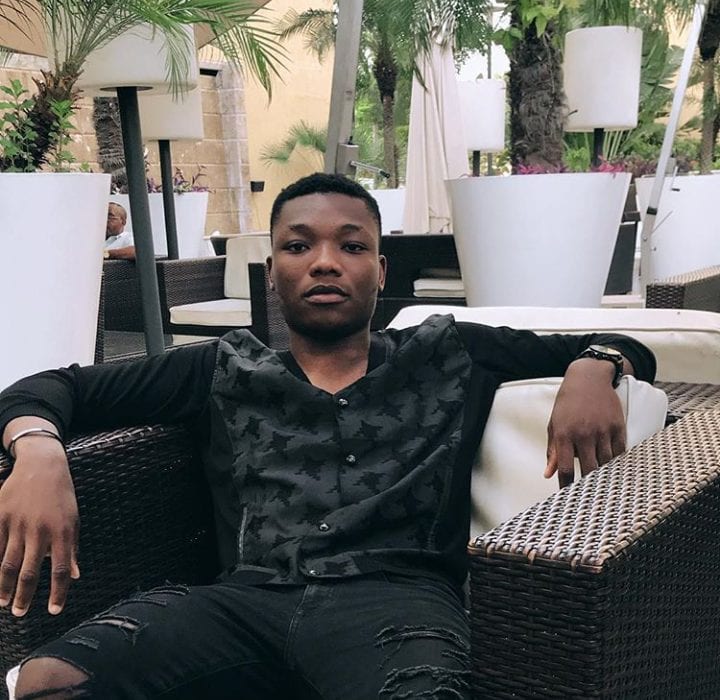 The rise of budding acts on the Nigerian music scene has been well documented. Arising from different movements and genres, these artists, who are moving deliberately and catering to an increasing demand for black youth culture, have found themselves at the table. As said by the Igbos, if a child washes his hand well, that child will dine with royalty.

One of such artists, the 23-year-old David Meli, has struck our radar. With a style that tickles many a listener's pallette, it was only be a matter of time for young David to ascend the proverbial table. Schooling in the United Kingdom, David Meli released music, selling his sound to a cult of listeners who'll find appeal in his genre-bending sound. Afro Fusion, he said quickly when I asked of his sonic leanings. "It just gets boring doing the same thing, so I do a bit of everything," said Meli.

In underground circles, the artist no doubt, has the respect of his peers. Having collaborated with the likes of Odunsi (The Engine), Psycho YP, David Meli recently put out his sophomore album.

Titled Fruition – an obvious nod to David Meli's belief he's on the verge of something great – the artist has shown his hand as a project connoisseur: Fruition is his third solo project in as many years. I had a chat with the soft spoken act on the eve of the album's release. 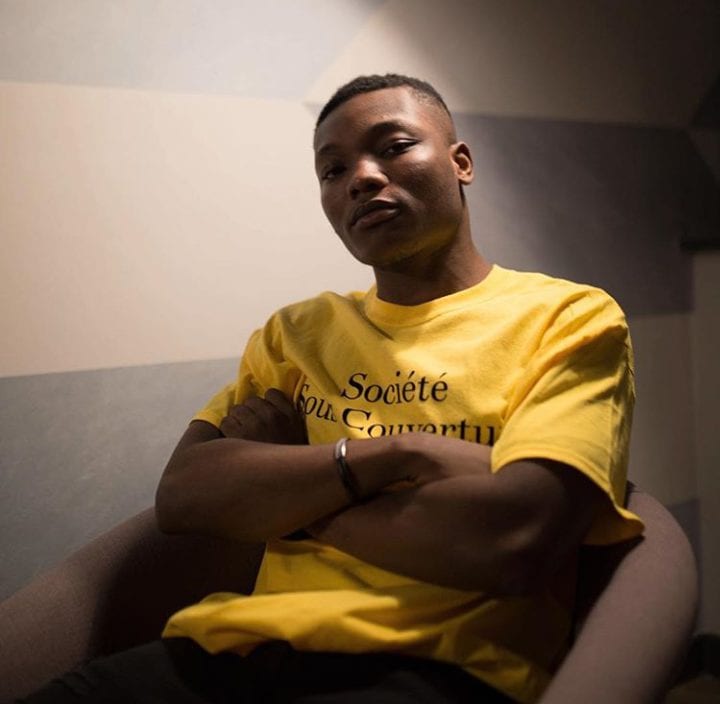 So, David Meli. Where's the name from?

David Meli: It's my real name. I'm from Bayelsa. Grew up in Port Harcourt, though.

Was music a part of your childhood? Did you bang the buckets?

DM: I played the drums in church; I used to be producer actually, before I started singing. A friend, he's a footballer, and he also used to make beats. So we got close (in high school) 'cos I was really curious and he taught me how to use the FX Studio. From then, I really just wanted it, to produce.

How often does your personal life intersect with your music?

I've been stopped by the police many times, in Lagos, in Port Harcourt. They just think I'm shady, stop me, go through my phone, they always think i'm a Yahoo boy, whenever they see a young guy, looking nice.

You schooled in the UK. How was that experience, and how did you navigate its music scene?

DM: It was cool, man. It really helped my music, that was when I started taking music serious. The sounds in the UK helped my own sound, too; it just showed me a lot of other genres I could incorporate in my music in a unique way.

What were your favorite genres?

DM: Hip Hop, a lot of UK Grime, and Pop (Pop is really big out there, you know).

Before now, you'd released two projects. While there was some underground buzz, you could have been bigger.

Did you feel you weren't doing something right? As regards pr and stuff.

DM: I feel that way, too, man. You know this comes with a whole lot of things, the label backing, funds –

Moving back Nigeria must have been difficult too.

DM: That happened last year, by the way. I was already taking music serious before then, so it wasn't really difficult.

I was already making music in Nigeria before I went to the UK so, when I returned, I just built a proper studio, and really went from there, pushing out my vibes.

What has most changed about you as an artist? Since you made your first song up till this point?

DM: My versatility. Now, I explore more sounds. Before I used to go 'What would people think', but now, I just do what comes naturally, I'm not really thinking about all that. Whatever is dope is dope.

You're a very collaborative artist, worked with the likes of Odunsi, PsychoYP, Melvitto –

I was about to ask which producers you've had a swell time with. In a studio, that is.

Higo is important to the alté movement.

DM: He's a really cool guy. We've been friends for a while. We have a lot of songs together, so we just pulled one out of the bag, and dropped it.

What do you think of the alté movement?

DM: I think it's amazing, you know. Before the alté movement – that's what I was saying with the whole versatility thing – before then, I would be contemplating, "Do I put this out? Would people go with it?" But after the alté rise, it just showed me that yo, people will accept any sound, as long as it's done properly.

How was it accepted in the UK?

DM: At first, it was strange for everybody, really. But you know, in the UK they were used to a wide array of sounds, so I feel like it was even bigger there before here, in Nigeria. That's why the likes of Odunsi and Santi were already doing shows in the UK before they had shows in Lagos.

Fruition is out tomorrow. How are you feeling right now?

What feeling were you looking to get from listeners? While making this album, that is.

DM: Nostalgia. Cos I did some old songs, that when people listen to it, it'll bring back a lot of memories. On a song called "Big Money", I sampled a Fela tune.

When did you begin making the Fruition?

DM: I wanted Fruition to sound different. 'Cos my last album, I had some afrobeats songs, but I wanted this one to be afrobeats all through. Maybe the next project will be different. Maybe more rap and stuff.

You're known for making Afro Pop bangers. Who are your influences? 'Cos I hear shades of Wande Coal.

Wizkid, Davido, Burna Boy, those guys. I listen to them a lot. I know it's cliché –

(Cuts in) It's not really cliché. Those guys are huge.

DM: Yeah, they really did a madness on the scene. I feel like all the young guys coming up, they must have one person, among these four guys, as inspiration.

So were where you when Mushin to MoHits dropped?

DM: (Laughs) I think I was in primary school. I wasn't even making music then.

What are you taking from the success of these artists?

Are you looking to sign to a record label?

I'm not really looking to sign to a label, not right now.

What's next for David Meli?

I want to shoot videos for the album, just promote the album. Hopefully this Corona thing is over soon, you know.