Fan Affairs with Lady Donli: "Someone Bought All My Merchandise"

In this edition of Fan Affairs, we speak to the Pan African rockstar fondly referred to as Cash Mummy, Lady Donli, who recently released her Wild EP, to get the tea on what fan love has been like for her. 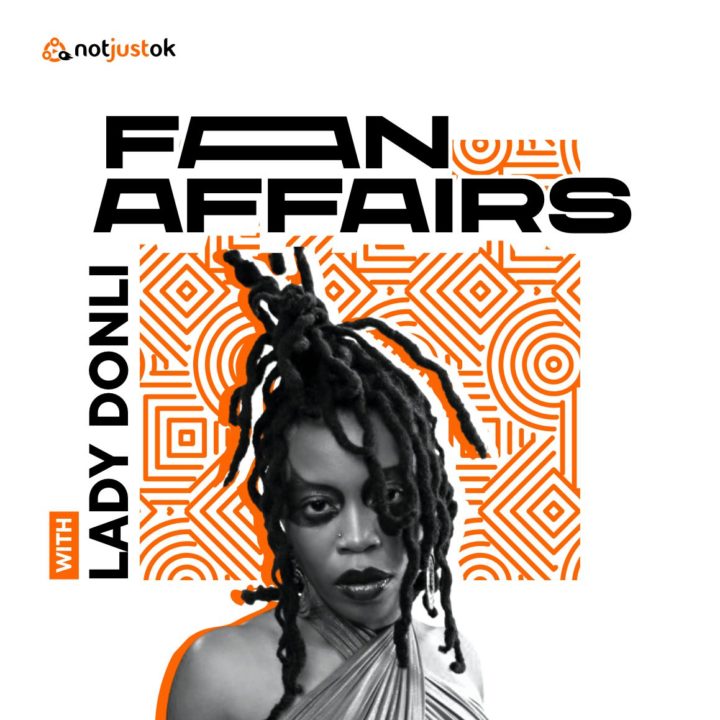 Fan Affairs with Lady Donli: When did it first hit you that you had fans?

It was in 2014 or ‘15 when I dropped my first single, Mr Creeper. I remember getting my first 1,000 plays and seeing people so into me and into the music. I think that's when I thought I had fans. I didn't use to call them fans though, but supporters. So it hit me then that I had supporters cause I had people I didn't know or have any mutuals with following me, sharing the music, and sending me messages about how much they loved it.

ALSO READ: Fan Affairs with Tomi Thomas: "I kissed My Fan Back"

I was really pumped, I couldn't believe it but at the same time I could. I was just happy that people could see the vision and share in it.

The thing is, I'm an introvert so on a regular basis, I don't go out as much. So I think now I just go out less than I used to and I only go to certain types of places where I know that the people I'll see are my mutuals. It's not like I don't like meeting my fans but sometimes it could get overwhelming especially since I'm an introverted person.

Also most times when I go for a concert, depending on the type, I wouldn't stay inside the crowd, I'll probably move to the side.

Fan Affairs with Lady Donli: What is the craziest or most memorable thing a fan has ever done to get your attention?

I don't know if they did this to get my attention but someone has bought all my merchandise for 6 people and he posted a video and I saw it. It was in 2019 (and in the video) he just kept bringing out bags of merchandise and I was like “wow, that's crazy yo, this guy spent all this money cause he likes Lady Donli.”

Then someone sent money to my PayPal last week and was just like “Keep doing what you're doing.”

Mostly all this stuff started in 2019 after I dropped my album, Enjoy Your Life.

ALSO READ: Fan Affairs with PsychoYP: "A Bus Full of Kids Were Singing My Songs"

Beyonce for sure. If I saw her, I wouldn't have any words and I might even faint.

You're known for your rockstar performances and closet live shows, which of these has been your favourite so far?

My favourite show so far has been my 2019 Enjoy Your Life, Lagos concert just because it had all the elements I wanted out of a life performance. I played with a complete band and The Cavemen and the energy that night was electric, you needed to have been there. It's one of those concerts that I think people will talk about for ages and just be like “Yeah, Lady Donli Enjoy Your Life, Lagos 2019” and tell their kids about it and show them pictures. That's what that show was for me.

You have core fanbases in Lagos and Abuja, but if you were to connect with one other fanbase in another city, which would it be and why?

I think it would be Port Harcourt just because when I was little, I used to sort of frequent Port Harcourt and the city holds a special place in my heart. I think if I could relate to my Ph fans, that'd be really cool.

If you enjoyed Fan Affairs with Lady Donli, make sure to check Notjustok.com every Tuesday, as we'll be sure to bring you more authentic stories from all your favorite music stars. You can also stream Lady Donli's Wild here.