Fan Affairs with Lojay: ' I want to Go on A Tour Round Nigeria'

Advertisements
In this edition of Fan Affairs, we speak to the LV & ATTN star , Lojay who recently had his first headline show to hear all about his experiences interacting with fans since his multiple-hits bearing debut. 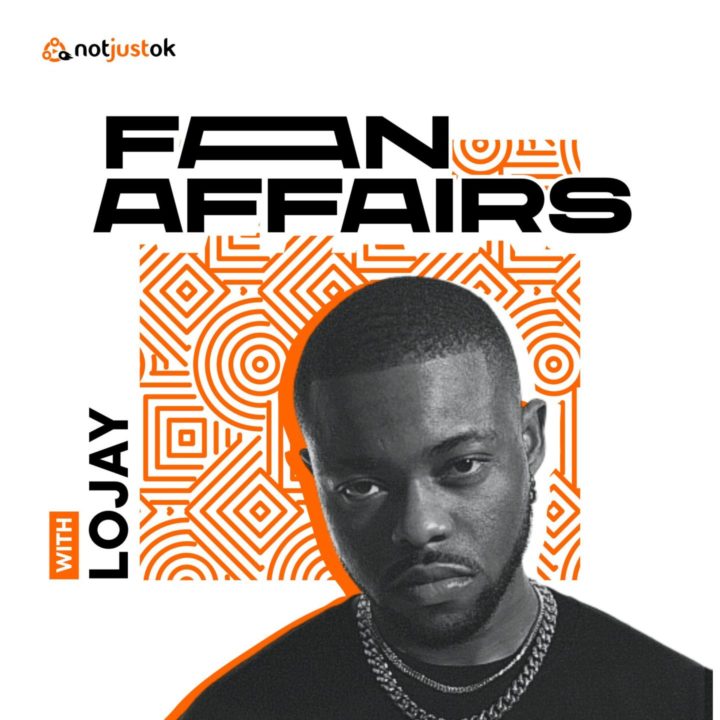 Fan Affairs with Lojay: When did it first hit you that you had fans?

At the show-- LV  & ATTN Live. I literally just stepped out and I'd felt like people were listening to the music but I didn't think that I had ‘fans’ until the show. It was a very fulfilling experience cause all the work you put in in the last couple of years had finally come together and it was nice to see.

ALSO READ: Fan Affairs with Tomi Thomas: 'I kissed My Fan Back'

I'm a homebody so I'm not the type of person to just go out for any reason normally. So there's nowhere really. Usually, whenever I go out, it's at night to lounges, clubs and I still do that pretty easily. I guess the only thing that has changed is how I go to those places cause now I go with people but it's still the same other than random places like Ebeano.

Now I can no longer go to Olaiya as often and I enjoyed going there myself cause I could make my own selection of meat but now I have to put it in the hands of someone else to get the right assortment of meat on your plate.

Fan Affairs with Lojay: What is the craziest or most memorable thing a fan has ever done to get your attention?

Someone sent me nudes. Like that was the first message. And I was like ‘what?’ I closed the chat after that cause the world is very sensitive. You don't want to be caught in any unfortunate situation so I ran away.

Funny enough it was early days so I know there's still going to be a lot more cause the brand is obviously going to grow.

Probably Elon Musk. I feel I'm more starstruck by people outside my field cause there are a lot of amazing people doing other things. Its not about his wealth, I'm fascinated by his mind and the way he processes information.

ALSO READ: Fan Affairs with Lady Donli: 'Someone Bought All My Merchandise'

Given the fact that you came into the limelight following the release of your EP with Sarz in June, do you ever get overwhelmed by the amount of fan love you get?

Nah not really. And I feel like that's one of the reasons why Sarz and I have a great work relationship. I've subconsciously prepared myself for where I am for the past ten years cause I always believed that one day I'm going to have a lot of responsibility and power and I'll need to be able to control it. So it just kept me levelheaded and in my younger days, I just always knew certain things were just in the moment and to not get carried away.

You've also had a number of performances and they've all been electrifying. Where would you love to perform next?

So what I pray and want, is different from what is going to happen in the immediate future-- I'm trying to go to the Madison Square Garden, what's my hope and dream but if we're talking about a location that is achievable right now and is strategically the better location, then I want to go on a tour round Nigeria, LV & ATTN live everywhere.

Not just because I want to perform in these cities but because I also want to see life there and just travel to Kano, Enugu, Yobe, Delta and experience them. Even if we can't do 36 states, and have just like 20.

If you enjoyed Fan Affairs with Lojay, make sure to check Notjustok.com every Tuesday, as we'll be sure to bring you more authentic stories from all your favorite music stars. You can also stream Lojay and Sarz's LV & ATTN here.