It’s another episode of Blackbox interview with Ebuka Obi-Uchendu and this time it is with the one and only Falz the Bahd Guy where he talked about everything. 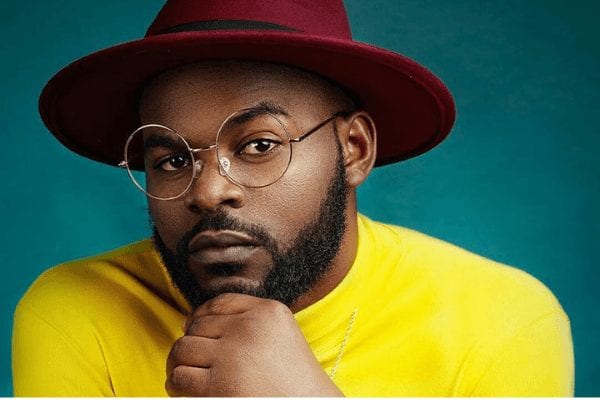 Kicking off the interview, Falz talked about the year 2020 and how difficult it has been for artistes considering shows are their major stream of income and with COVID-19, that stream of income was “violently” stopped.

He went further to speak of the after-effects of 2020 and if a year such as this one makes an artiste question their profession. Falz stated that the reality of every artiste at every point in time is to question the profession they’re in because it is a profession based mostly not on the artiste, but on his fanbase. He said;

If anybody is an artiste and he tells you he doesn’t worry about this work we’re doing, he’s telling you lies. It is worrisome. The fact that you can wake up day and you’re not popping anymore. You can wake up, not by your own doing, maybe some people are sucking your creative juice from somewhere, you can have a couple of months back to back where you don’t have that jam that hits…  it can even be up to years! so If anybody tells you that he’s doing this work and he’s not worried that anything can happen at any time,  that there’s no people coming up, so many new and talented people that you yourself you’ll listen and you’ll be like “what is this?”… so if you’re not there, no one’s going to look for you. It’s a very tough job that we’re doing here.

Falz went on to talk about his family, his relationship with his father and how he went into music. According to the singer, he started music in secondary school while writing songs and performing in school clubs and he took that passion into his university days in the United Kingdom where he started performing to larger crowds in campus, a phase that encouraged him to consider music as a career which he eventually gave a chance after school when he came back to Nigeria.

The admiration in Falz’s voice could not be missed when he talked about his parents and their role in fighting for human rights in Nigeria. Falz opened up on how often his father was arrested while he was a child but in retrospect, he revealed he didn’t know what was going on as his mother would always tell him and his sisters that their father has gone on a trip and only later in secondary school did he learn that the “trips” had been trips to jail and his respect and admiration for his father increased when he realized that his father did not allow the arrests by the Nigerian government stop him from fighting for the people.

Speaking about privileges and if he’s judged by that by colleagues who think he’s making music  for fun rather than his only option, Falz told Blackbox in the interview;

Normal, like you said, they just thought, you no need this music bro, you no need am, you just wan… but you know, your drive.

When asked if he feels judged by fellow artistes, he said;

Not necessarily. I’m very oblivious to people and it’s not in a  bad way. It’s just a device mechanism… and a lot of people find it hard to believe but I’m just a chilled guy that just likes his own space. I’m actually a shy person. .. and no artiste can tell me they don’t feel the pressure … where they’re being pushed back to back, no artiste can tell me they don’t feel the urge to find something extra, whether it be a substance or anything, to find something extra to keep you going because you’re under that kind of pressure and that pressure, you have to keep going; whether it’s the pressure to be creative, to perform.

On finding comedy and the funny accent, he said that has always been with him but it became a thing on social media when he posted a video when he went to Europe and the rate at which the video blew up on social media encouraged him to create more.

On what inspired it;

Plenty people, mostly teachers, secondary school teachers, the whole H factor thing was from my English teacher and everybody will be messing around with that… from there onward, every video was scheduled, planned, see me I kon dey come up with concepts.