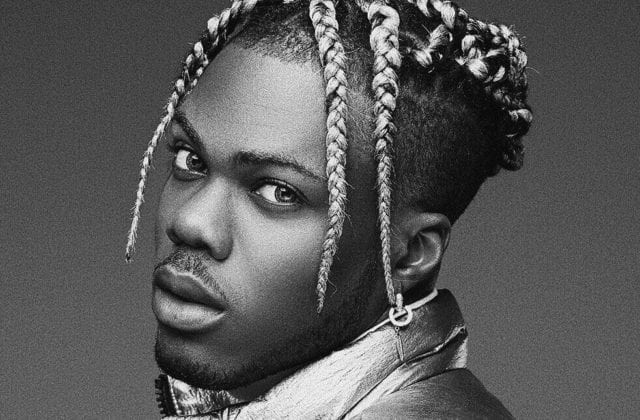 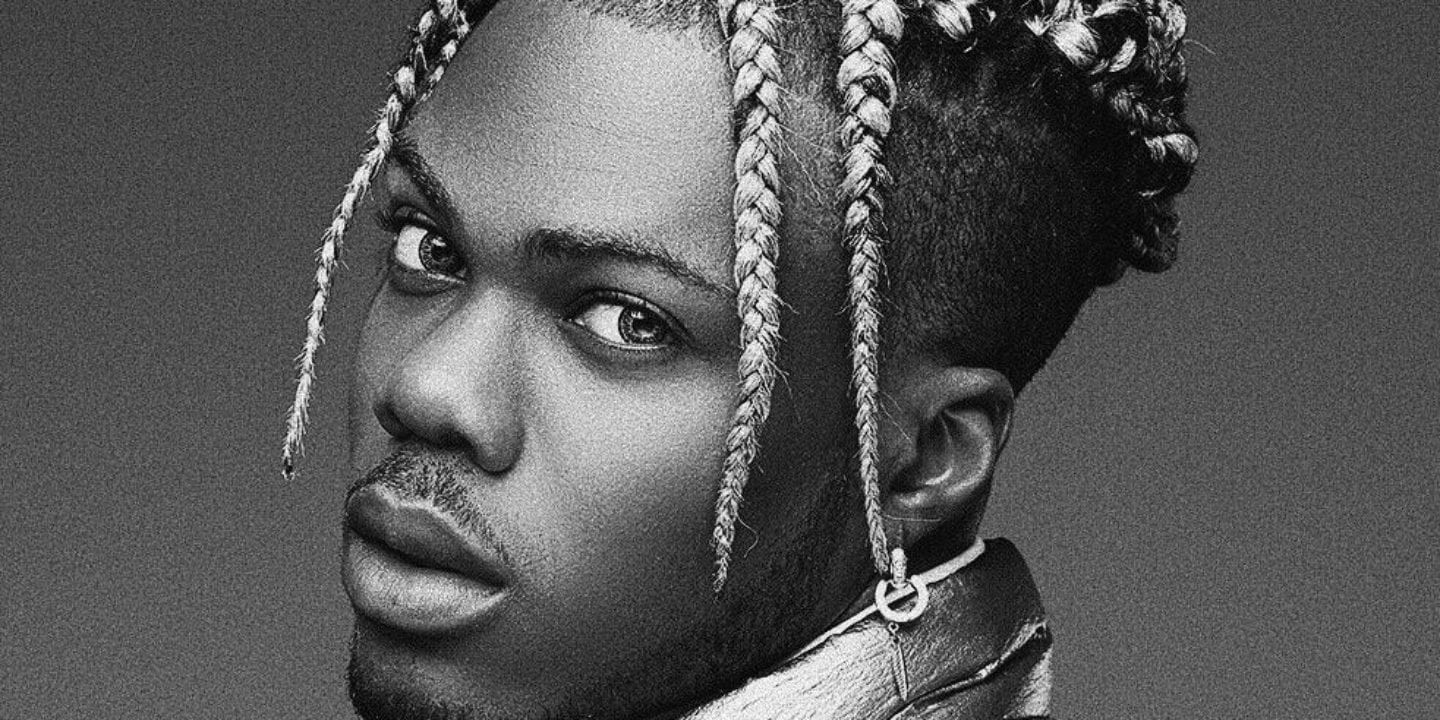 We recently had an interview with artist CKay. Quotes make this feature.

The Loose Talk 1, hosted by Osagie Alonge, Ayomide Tayo, and Steve Dede, while it ran, was perhaps the biggest podcast show in the country. Were you discussed during its airing hours, you got noticed in certain circles. But what happens when your name is CKay, and you were put on blast in the iconic conversation (dubbed by Loose Talk as “the greatest podcast you ever did in your life.”) with M.I. Abaga. I admit: I wasn’t privy to the artist (real name Chukwuka Ekwuani) and felt complicit in the former Pulse Editor-in-Chief’s question.

Then “Container” happened. Spontaneous as its title suggests. “It wasn’t even supposed to be an [actual]  song. I was vibing in the studio, I heard the beat and I was just playing around,” he says over the phone. ‘Container’ was an impressionistic record decked in swirling keys and endearing humor. It was the first hit CKay scored as an artist.

“When I came (to Lagos), I couldn’t be doing shows when nobody knew me. I had to produce; I was producing at about three studios, just to make ends meet,” he said, recalling the early days. Before he was 10 his father taught him how to play the piano. A stalwart of the church choir, Pa CKay had his son learn music theory, setting the course for a lifelong affair with sounds. In Kaduna where they lived, CKay formed part of a three man group, Creative Music, and they were somewhat successful. “That was my first experience being an artist, before I came to Lagos and became a producer, and became an artist again,” he said with a laugh. 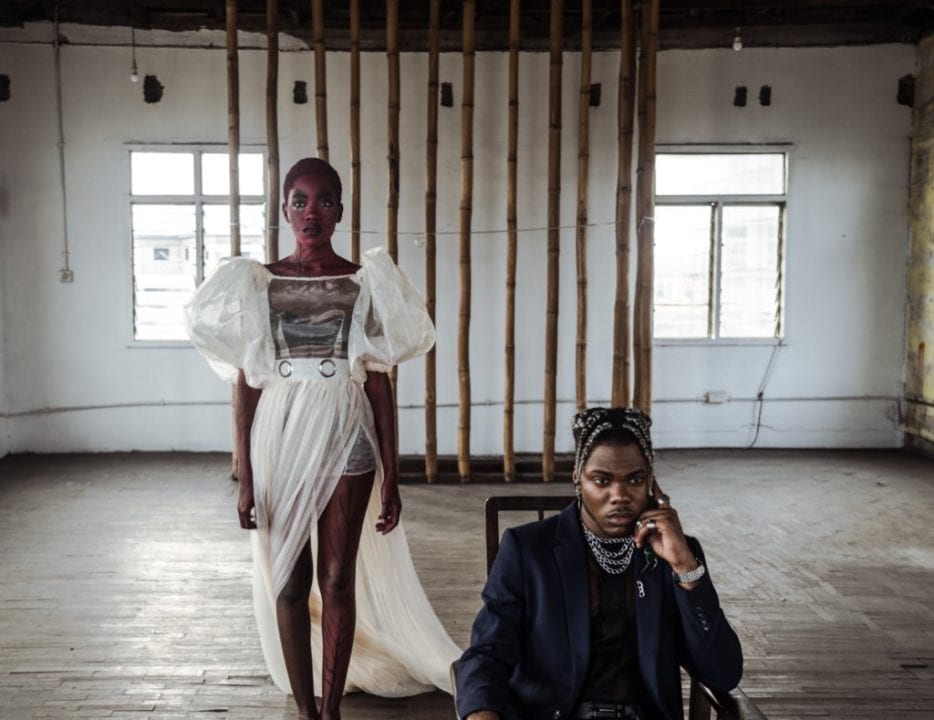 Ckay The First, his debut project, was released in August 2019, and features eight songs, with vocal assistance coming from his peers like Blaqbonez, DJ Lambo, Barry Jhay, and BOJ. Its title imbibes a Game of Thrones reference and on the cover CKay is set among celestial wonders. These are deliberate infusions of his personal interests and in CKay the First, he relishes the real introduction of his artistry. “dtf,” the first song of the tape, almost didn’t make the tape. By Chocolate City it was deemed too vulgar and anti-productive: Would the radio play it as often? Wouldn’t CKay be thought of as obscene? “I just got out of a very toxic relationship that started as a one night stand; and I was just thinking ‘If this relationship never happened, and this was a one night stand, I would probably still be friends with this person,” he explained: He had to fight for the record: It was imperative he did so. His personal life informs his art, and it’s a process CKay takes the time to flesh into (often) mid-tempo bangers, as that project showed.

CKay the First was a great sophomore and could have been better engaged. Many slept on its fresh sound which fused the intricacies of world building with splices of popular sound. Take, for instance, “Love Nwantiti,” the breakaway hit of the EP, a sultry Pop record which featured one of the better known choruses of 2019. It was however, a collaboration across nationalities –with Ghanaian Kuami Eugene and Nigerian Pop sensation Joeboy getting on the remix– that “blew” the song. He’d been in Accra, vibing with Kuami, who liked the record and “jumped on it.” Upon return to Nigeria, he figured Joeboy would do a great job, and fulfil a pan-African function. So he hit up the “Baby” crooner and the remix was done. It’s perhaps the biggest song of CKay’s. And months after the initial project, I thought: What did its reception teach him?

“[That] being different is very key, and being as true to your energy and your person as an artist is the most important thing,” he said, explaining that “I was trying to make music that did not exist. I was trying to be unapologetic with the sound. It was kind of like a new ground.”

CKAY’S SHORT FILM for ‘Alien,’ co-directed by Makhere Thekiso, is an out worldly experience, combining beauteous lines of poetry with a setting and cast which espouses CKay’s intent: A dystopian world revealed of its true beauty in love. “It’s easy to lose yourself when all you know is to be alone/ Constantly missing the other half of your soul,” ushers the short film, a shadow of longing cast over the near eight minute visual. Playing over scenes of sustained affection and melancholy are songs from the artist’s second EP: ‘dtf,’ “Oliver Kahn (ft. BOJ),” and “Love Nwantinti.” CKay rolled a long list of credits to accompany the film’s release, including the characters who played human and alien love interest, the Make Up artist and the Director of Photography, among other creatives who helped idealize his vision. On Twitter he revealed a scene in the film was shot close by a beach in Jamestown Cafe, Accra, Ghana, “where they used to ship slaves to the ‘new world.’ ”

The “Alien” video is the latest piece to a lifelong puzzle CKay’s constantly working around. To get a rounded idea of his music is to take several pieces of him, and connect dexterously. A precocious student of Science, he recognizes he could have been anything he wanted. Primarily the reason his father hated his guts. He ran away from the Northwest, Kaduna, to Lagos, a world painted in the gloss of a modern paradise for entertainers. Six years later he’s secured a deal at one of the most credible record labels and has worked with the best of the industry. CKay is doing good by himself, and lives with the domineering belief of everyone being ‘a unique soul,’ and his a mix of interesting experiences and energies which he must “condense” into music for the world to listen to.

It’s a digitally-enabled world out there, one CKay reckons has fed the flame of Afrobeats’ successes on the global scene; the visibility of acts like Mr. Eazi, Burna Boy and Davido in those spaces. It’s a world CKay and a new guard of artists –prominent among them Odunsi (The Engine), Rema, Santi, Fireboy DML– step into with the assurance of the zeitgeist. “Right now I feel the system actually gives the power to the fans. There is more room for creativity; there is more room for unconventional ideas.” He appraises social media and entertainment structures for connecting people across the world through the simple message of music. Popular figures like Justin Skye and Winnie Harlow have enjoyed public moments with CKay’s music playing in the background. He receives the whole thing with grace and excitement, that “he is in the game at this time.”

THE BOYFRIEND EP, CKay’s third tape, is almost done. In an alternate universe, it would be titled The Chronicles of My Love Life, and will tell stories of the artist’s “toxic, weird relationships over the past few years.” Although it is yet to be announced, a 2020 release is likely. Like the previous EP, CKay will collaborate across the industry to bring the project into fruition –in a 2019 interview, names like Peruzzi, Terri and Niniola were mentioned as potential features.

It’s important documentation for the artist, even as he lives through this unique time in history (for the most parts) in solitude. “I’ve been actually having a great time this lockdown. I’ve had time to break away from the world and be in my space. To rest, record, catch up with friends and family, pray more, inspire myself, watch movies, music videos and performances from great people like Michael Jackson –yeah, that’s what it’s looking like,” he said, although he hopes “everything get back to normal soon. I really need to be on stage.”