Cardi B, Enisa and Three Other Artistes That Are Nigerian by Association

Last year when Cardi B came to Lagos, Nigeria during Detty December, it had served to add fuel to the flames of the festive season excitement in the country. 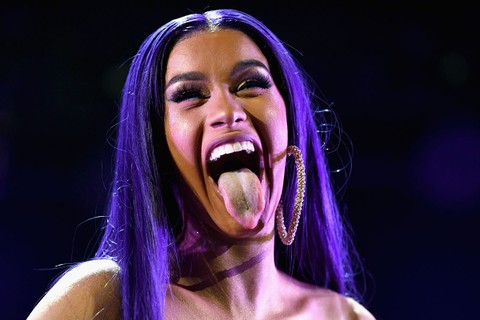 She’d loved her stay and we’d also loved it, so much so that she was re-christened Chioma B. Ever since then, Cardi has made sure to maintain her associative Nigerian nationality by engaging in conversations that relate to us. This has spanned from pinning after a holiday in Lagos, to curiosity on the #EndSARS movement, to giving BB Naija star, Erica a nod on her style choice.

This associative Nigerian nationality however neither stops at Cardi B, nor starts there. Here are other international artistes that have become Nigerian by association:

Enisa: the latest associative citizen, she is an American pop singer who is proof of the power of Nigerians as a collective. She has been rechristened Eniola and is currently learning pidgin.

But how did Enisa become a Nigerian favourite? It began when she continuously lent her voice in support of the #EndSARS protests. Nigerians, in turn, vowed to repay her by supporting her music.

But how did Enisa become a Nigerian favourite? It began when she continuously lent her voice in support of the #EndSARS protests. Nigerians, in turn, vowed to repay her by supporting her music.

I stand with you Nigeria 💪🏼🇳🇬🤍🇳🇬 GOD is with you all 🙏🏼 #EndPoliceBrutality #EndSARS #EndSarsNow pic.twitter.com/wNr6XpEP0t

Like Lannisters, Nigerians are doing good on their promise and as a result, Enisa has reaped benefits from being featured on BBC news to securing a feature with Davido and a swelling in online and streaming numbers as well.

Sauti Sol: Are you surprised to see the Kenyan pop group on this list? Well, don’t be. Their frequent appearance on the tracklist of the heavyweight Nigerian artistes have earned them membership into the +234 clubhouse.
These collaborations range from their 'Afrikan Star' with Burna Boy, then a return collab-- ‘Time Flies’ on his 'Twice as Tall' album, to Davido’s closing number on 'A Better Time'; ‘On My Way.’ In addition to this, they feature on Patoranking’s 'Three' with ‘Whine It’ and on Niniola’s 'Colours and Sounds' on ‘So Serious’ among several other songs with Nigerian artistes.

At this point, the only thing left is for them to also be re-christened and taught popular Nigerian lingo.

Amaarae: Born Ama Serwah Genfi, Nigerians who aren’t privy of her real nationality are always shocked to find out that she’s actually not named ‘Amarachi’ and is in truth, Ghanaian.

But not to worry, what’s a little nationality when she herself has admitted that Nigerians are responsible for a high percentage of her streaming numbers? In fact, the rise of the Nigerian-born alte movement served to bolster her claim to fame and she also has quite the number of features with Nigerian new age acts. And since she also lent her voice to the #EndSARS protests, we definitely have no problem with Amaarae being Amarachi.

Diamond Platnumz: the last but not least international artiste on the list. For Diamond Platnumz, his nationality was secured sometime around 2017 to 2018, when the Tanzanian star was featured on a host of songs by major Nigerian acts. Some of these collaborations include ‘Love You Die’ by Patoranking, Wizkid’s ‘Rotate’ and ‘Time to Party’ by Flavour. He also featured Davido on the remix of his song titled ‘Number One’ With all these collaborations, he imported his bongo Flava sound to Nigeria while taking Afropop to Tanzania. Little wonder that even in 2020, his associative Nigerian nationality remains valid and strong.

So there we have it, Cardi B Enisa, Sauti Sol, Amaarae and Diamond Platnumz have been fully recognised as citizens of Nigeria, do you know any other international artiste that should be on this list and why?