From ‘Eniola’ To Collab; Enisa Bags Deal With Davido For ‘Love Cycle’ Remix 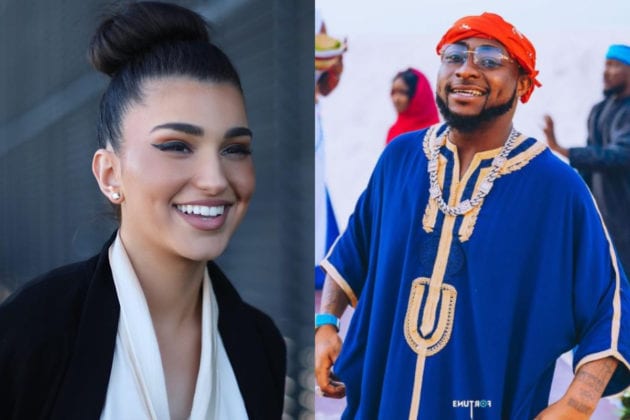 This collaboration was birthed from a tag by ABoogieWitDaHoodie after Enisa, who Nigerians pushed to the Twitter trend chart earlier today, 6th of December, stated that her new Nigerian fans should tag whoever they want on her hit single, Love Cycle and it’ll happen. 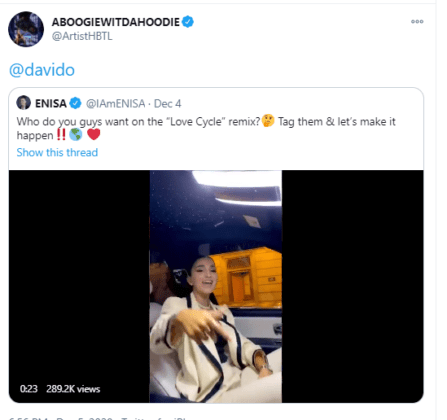 Davido who was tagged by American rapper, A Boogie with Tha Hoodie, excitedly accepted the task by tweeting, “Let’s do it” leaving Enisa over the moon. 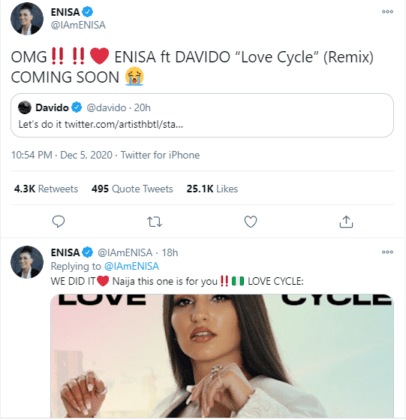 That’s not the only reason Enisa is excited. The 23-year-old Brooklyn resident who started her weekend on the 4th of December with a couple of thousand Twitter followers has now risen to over 70 thousand twitter followers as at the time of this post, with the majority Nigerians who are massively showing the talented singer love, especially after she blended her voice to the ongoing #ENDSARS protest. 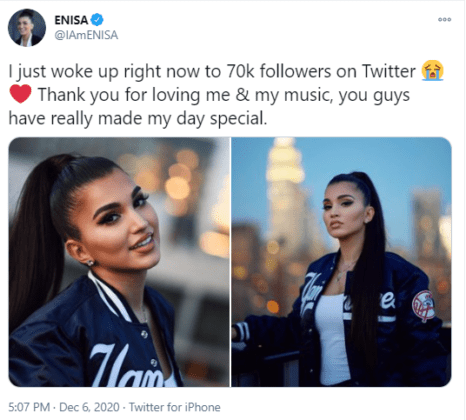 Nigerians are not just showing her love on social, they’re also showing her love by streaming her song massively and they have gone ahead to claim her as their own, calling her Eniola rather than her name Enisa; a name the American fast-rising star claimed wholeheartedly before her upcoming collaboration with Davido. 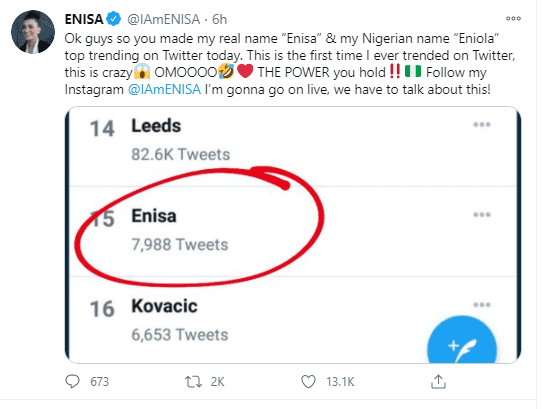 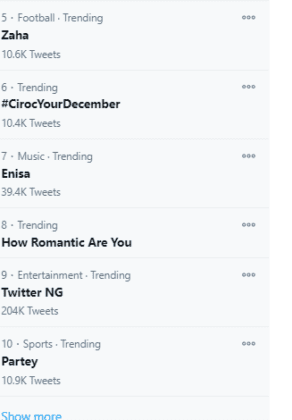 Stream and enjoy Enisa’s music below;