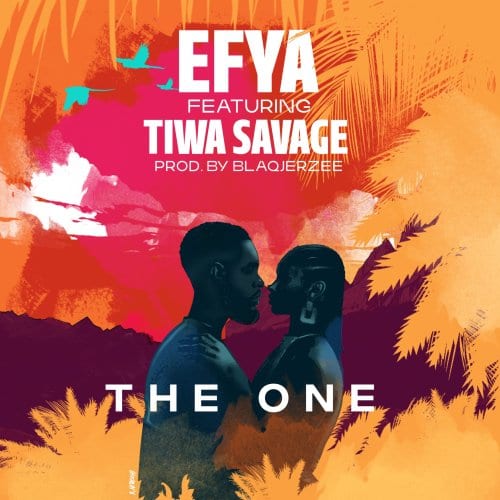 Efya and Tiwa Savage – The One

Over the weekend, rapper Isah released a new tape, SARDUANA Vol. 1. Its eight tracks investigate kingship and places the creator there, in a world of his own. On "ANTI SOCIAL," over a Trap bounce, he relays his lack of interest in social activity that doesn't translate to money making opportunities. Trite theme, but well done on this song.

In "Sensima" the duo of Reekado Banks and Skiibii made one of the great songs of its time. In "Banger," they combine their synergy for an Afro Pop record that'll soon begin to grow on people. An impeccable listen from two bubbly young voices.

Nasty C has always relayed his desire to be the greatest, and when he signed a Def Jam deal a while ago, many saw the Durban kid's vision to take over the world. In "They Don't," Nasty makes the crossover to Atlanta, and features T.I., a rapper he's often spoken of as an inspiration. Their verses are aspirational, upholding the legitimacy of a black man's dream; and T.I. shouts out the late George Floyd in his.

He's been excited about this project for a while, Yung 6ix. Introduction to Trap Fro, as gleaned, is a mix of Trap and Afrobeats, and 6ix, over the years, has swum those waters. "Shole" features an energetic hook from Dammy Krane, and sets the tempo for the verses from rappers 6ix and Sinzu.

The first single of the year from the promising act. On "Moves," his versatility shines as he delivers a sound message of hard work over a trippy stripped down Trap production. You should check this out; it's a certified banger!

Cyrus Tha Virus has been in the rap game for a long time. Only this weekend did he release an album, Born Nameless, Die Legend. I particularly like this record, "Signal," a pop infused song, and one of the most enjoyable moments on the BNDL tape.

Efya & Tiwa Savage – The One

Two of Africa's most sensational divas combine forces over a Blaq Jerzee beat. What could go wrong, they ask. Nothing, really. This chill Reggae tinged bop is strong on songwriting and distinct vocals, and one of the best songs I've heard all year.

Prettyboy D-O has had some influential moments this year, mostly as a feature on songs alongside acts from his set. A leader of that set, D-O's artistic vision is unique, combining high energy raps with the best beats around. "Odeshi" is yet another single before his forthcoming project Wildwire, and features Tim Lyre with whom he creates an optimistic jam against the evil forces.

"Tusi" is a page right off the Sheteperi hit book. Listening to its the head-bumping production one already visualize dances. But Oladips has Hip Hop roots too, and his catchy bars on this track will remind you of that fact.

Cool voices are springing up each day, and Talksiick sounds very convincing. "The Friendzone Song," off a forthcoming project, features CKay, both artists singing sweetly of their not familial interest in a lady.

Concerning the recent agitation against sexual assault and violence against women in recent times, this song assumes anthemic poise. But on its own, it's a beautiful if not dazzling composition, Givens's voice is lucid and the ominous production builds and swells around that, breaking into drums at some point.

May D's newest number is an optimistic and lifting bop, the artist's finger on melody and songwriter shining through on this. We all could have paid his EP more attention, but the man is showing no attempt to stop anytime soon; especially considering how frequent his name's been in the news lately.

Eniola Havoc is a very promising rapper. I'd been sold on Ebute Metta Like Compton, and listened intently for his music ever since. "Big Bando" is a fun record which sees Eniola wrecking havoc on the chill vibe of a beat, his lines aligning by the visceral and communal. "I sanitize my hands but my mind is still in touch/ I miss the bando, and I miss the boys/ I miss my girl, who's gonna keep her moist..." Nuff said.