Nigerian Hip-Hop royalty - Yung6ix begins 2021 with a bang. Following the release of his cross-genre album “Introduction To Trapfro” which was essentially a fusion of Afrobeats and Trap. The rapper has been giving video treatments to some of the standout features on the project. 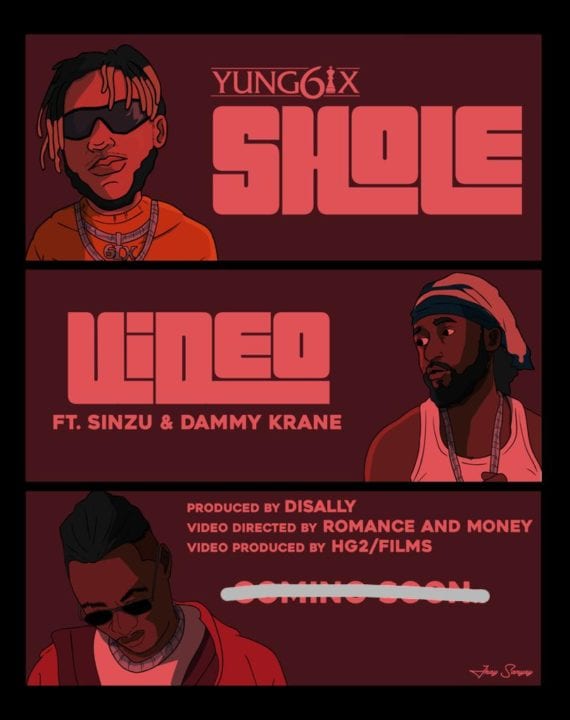 He comes through with the visuals to the previously released single - “Shole” featuring rapper - Sinzu and songster - Dammy Krane. The fun video features a bevvy of scantily-clad ladies as 6ix parties with his friends.

The video was shot in the states and directed by Romance and Money and produced by HG2 Film. Special mention to Dammy Krane who couldn’t make the video because he’s currently incarcerated. #FreeDammyKrane.