Nigerian singer, Tems has revealed her full live performance on the NPR Tiny Desk Home Concert has now been released via Youtube.

Tems visited the NPR Tiny Desk Home Concert studio recently and performed her hit songs like Found and Damages with a live band. The video was shared via Youtube on Thursday, the 4th of November 2021. 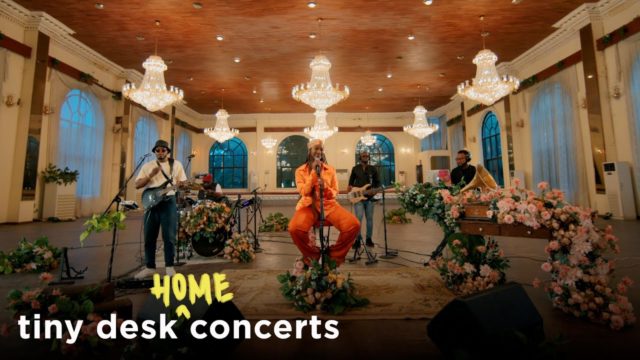 Tems has had a very good year so far this 2021, with the singer also recently grabbing a nomination at this year’s MTV EMAs for Best African Act. She was also given platinum plaque for her collaboration with Wizkid, Essence which has taken over the airwaves for the most part of the year. Tems also featured on Drake’s new album this year, in addition to releasing her own EP, If Orange Was A Place.

Performing on the NPR Tiny Desk Home Concert for the first time, Tems performed her hit songs with an accompanying band comprising of a pianist, drummer, and two guitarists. The songs she performed for NPR include her breakout single, Looku Looku as well as Damages, Free Mind, Found, and Replay.