Tems performed Avoid Things off her If Orange Was a Place EP on the Jimmy Kimmel Live show, serenading the audience with her unique vocals. The video was shared via Youtube on Thursday, the 30th of September 2021. 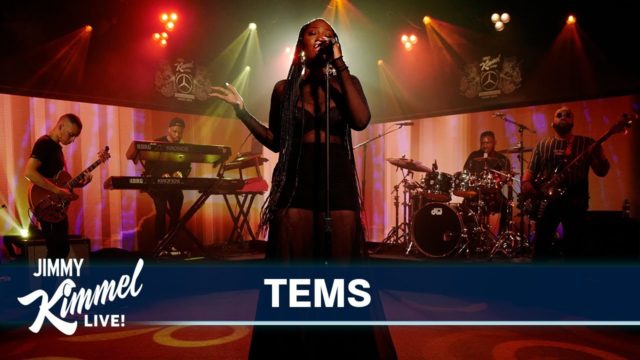 Tems released her If Orange Was a Place EP earlier this month and it included a feature from American RnB sensation, Brent Faiyaz. The 5-track EP was also the announcement of her being the Apple Music Up Next artist for September. A documentary on Tems’ Up Next feature was also released by Apple Music along with the EP.

On her Jimmy Kimmel Live performance, Tems opted to perform Avoid Things instead of the Brent Faiyaz-assisted Found which is doing so well on the charts. This did not in any way stop Tems as she delivered a classic performance like we know she’s capable of. The singer is currently on her very first tour of the United States, and already so much is happening for her, having also met Rihanna on this trip.