Nigerian singer, Tems recently linked with US music journalist, Ebro on a new interview on Hot 97 where she discussed her latest music and debut album.

Speaking to Ebro in her Hot 97 interview, Tems revealed that her debut album will be dropping next year and will be totally different from what she has done before. The video was shared via Youtube on Monday, the 20th of September 2021. 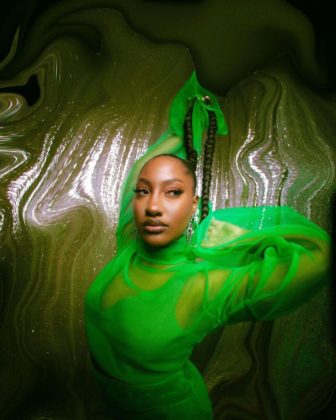 Tems spoke about how her career started, explaining that she dropped her first single in 2018 and the growth since then has been immense. Although her first single was released in 2018, she actually started writing songs when she was 11. Tems also gave some insight into her background, revealing that she is fully Yoruba, but her grandmother has Sierra Leonean roots.

Tems also told Ebro on her Hot 97 interview that she recorded her verse on Drake‘s song virtually from Nigeria. Speaking about her own music, Tems revealed that her EP last year, For Broken Ears was mostly produced by herself. However, when she was working on her latest EP, If Orange Was a Place, she decided to leave the production work for others.