Super sensational Nigerian Female act Sunkanmi has dropped the video for her latest hit single, Body Language, off her recent EP of the same title.

Hit The Ground Records forefront act, Sunkanmi has unveiled the official video for her latest single, Body Language off her new EP. The video was released on Thursday, the 23rd of September 2021. 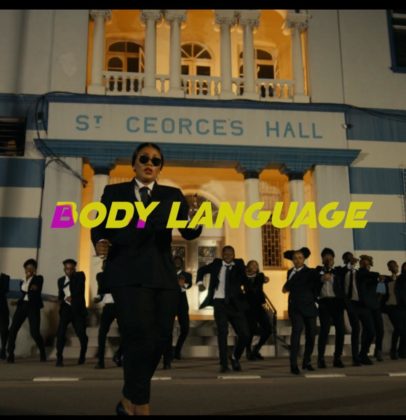 Olasunkanmi Rehanat Alonge (born 2 June 1987), better known by her stage name Sunkanmi, is a Nigerian songwriter and singer; Sunkanmi rose to recognition in 2015 when she released For Body, a song which had her enlisting the collaborative effort of popular Nigerian rapper, Olamide. She is currently signed to Hit The Ground Records under which she has released numerous singles.

The video for Body Langauge by Sunkanmi was shot and directed by ace Nigerian music video director, TG Omori popularly known as Boy Director. This music video is a colorful and stylish one whereby the artist is captured in several fashionable outfits and whilst displaying a lot of dance steps.

Body Language music video is aimed at catching your attention and interpreting the song itself. It is definitely a video one must watch. The project, Body Language, is a fine collection of different ranges of tempo (mid-tempo to high tempo) merging with several Genres of music (RnB, Pop, Amapiano, and Electric house) to suit listeners’ tastes.