Kenyan Afropop band, Sauti Sol has released the music video for their current lead single 'Rhumba Japani', featuring Bensoul, Xenia, Nviiri The Storyteller, Okello Max, and NHP. The music video’s release comes off the back of the group celebrating the one-year anniversary since the release of their fourth studio album Midnight Train. 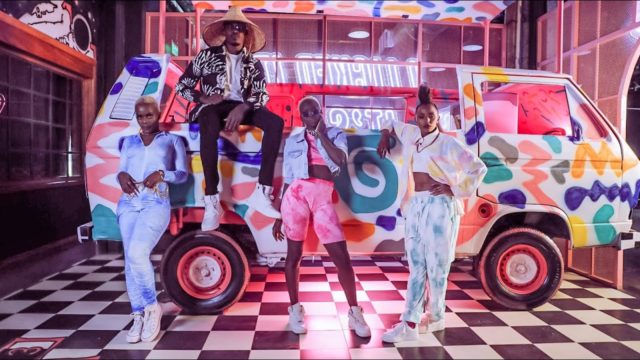 Rhumba meaning dance, the group, and enlisted features embody the jovial experience through the visuals of the music video. Sauti Sol's 'Rhumba Japani' is a celebratory, trap-inspired single with jazzy live instrumentation, which is evident in the video as well.

The visuals for Sauti Sol's 'Rhuma Japani' music video lends itself from the sonic experience of the single.  This is as they take fans on a pop art experience with the jovial and celebratory music video.