Phyno has released the visuals for his hip-tune 'i do this' which features D Smoke. 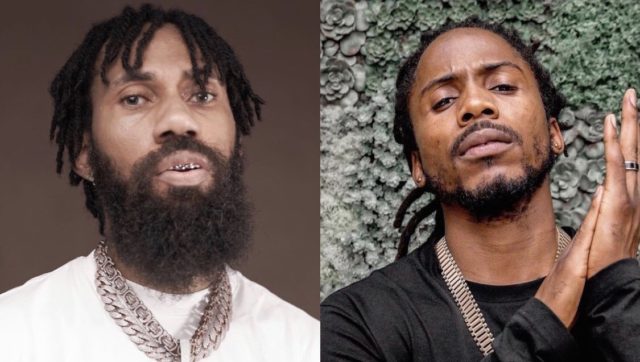 Nigerian heavyweight rapper, songwriter and performer Chibuzor Nelson Azubuike, popularly known as Phyno has released the visuals for his hip-hop tune 'i do this' which features American ace rapper D Smoke.

Phyno enlisted the American prolific rapper on the song "I Do This" from his newly released album. Produced by talented Nigerian beat maker, Eli, the song is a proper hip-hop tune that themes around the rappers' motivation in doing what they do. Phyno, in his element, came through, while D Smoke also followed suit with sleek bars.

'I do this' is the 5th track off Phyno's last album, "Something to Live For", his fourth studio album that features various acts, including Olamide, Flavour, Peruzzi, The Cavemen, JDess, Pappy Kojo, Bee Pee, as well as Canadian singer, Anjulie. With production credits from Chillz, Eli, and Masterkraft.

As a follow-up to the song 'I Do This", Phyno has released a new hip-hop video for the song, shot by American-based Nigerian cinematographer Patrick Elis, who gave the song the hip-hop street feel that it needed.

Watch Phyno featuring D Smoke - I do This (Official Video) Below