My Song with Wizkid Will Be Extraordinary - Bella Shmurda Tells Notjustok

Nigerian street-hop artiste Bella Shmurda spoke with Notjustok where he revealed that his song with Afrobeats prolific act Wizkid would be an extra-ordinary one. 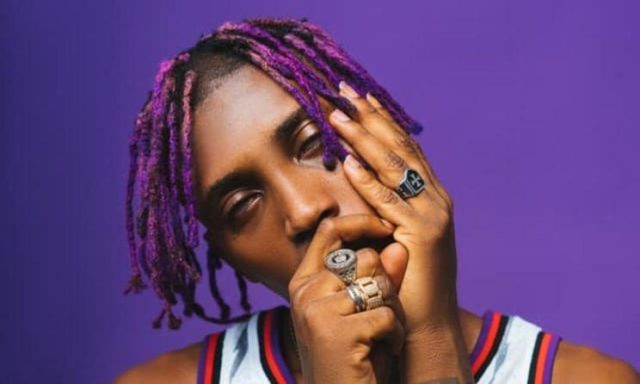 Nigerian street-hop artiste Bella Shmurda spoke with Notjustok where he revealed that his song with Afrobeats prolific act Wizkid would be an extra-ordinary one. Speaking with our correspondent and writer 'Bamyy from Bariga', Bella Shmurda made a lot of things known. He stated that his latest EP 'High Tension 2.0' was born out of him trying to make his upcoming album 'Hypertension'. He made it known that he intentionally didn't feature anyone on his new EP because he felt there were a lot of features already. Hence, he had to go solo on the project.

Speaking further on the Instagram live, asked if he feels some sort of pressure as an artiste, Bella admitted that he did feel a lot of pressure but is able to balance it out eventually. He stated that he calms himself when he is stressed by calling his mum and also hanging out with his friends.

Asked how he is able to dish out motivating songs yet groovy songs, he stated that that is the type of song he loves to listen to, hence, why he loves making them. Asked if there is a joint EP coming out with rapper Zlatan, he said that fans should expect music from him and the Zanku crooner anytime.

Bella Shmurda, a buzzing poster-boy for Nigerian Street-hop music, made it known that the genre is already gaining ground and the only move is to get it to the next level. He gave props to Nigerian top acts like Olamide, Wizkid, Davido, Oritsefemi, and others.

Speaking about how he was able to handle the Covid-19 lockdown as an artiste, he stated that the lockdown favoured him as he was able to learn a lot of new things due to the limitations the pandemic came with.

Watch the full Interview of Bella Shmurda with Notjustok Below