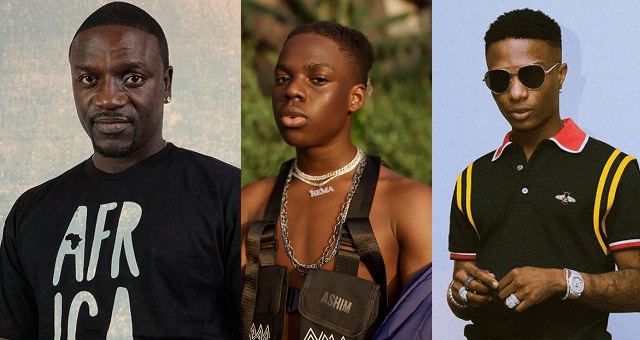 Just days after getting on major billboards at Time Square and also spreading his music all around the world, there seems to be no stopping for MAVIN's new kid on the block - Rema, with another solid certification from renowned music star - Akon, who was a guest on Genius's "COSIGN".

Rema, who came to the limelight just 6 months ago, already has 2 major projects while also featuring on Barack Obama's summer playlist. The young kid has gone on to perform at many sold-out show both in and out of Nigeria.

A "cosign" from Akon only further adds to his already glowing cap with the former saying Rema reminds him of Wizkid. Now, that's huge!!!

Massive congrats to Rema and the MAVIN team!