Nigerian rapper, Falz was on the Glitch Africa Takeoff show recently where he performed alongside Ajebo Hustlers in a live video performance.

On his Glitch Africa live performance video, Falz performed his hit song, Mercy along with the Ajebo Hustlers-assisted Body Language. The video was shared via Youtube on Friday, the 5th of November 2021. 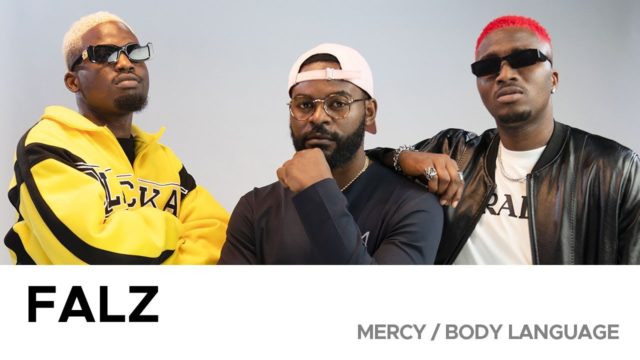 Falz' collaboration with Ajebo Hustlers on this beautiful tune dubbed Body Language was produced by talented beatmaker, Young Willis. The new record serves as the rapper's second output for the year, It comes shortly after he released Sess-produced joint Mercy. However, it is a pathway to his forthcoming project which would be landing before the end of the year.

In the latest Glitch Africa video, Falz answers questions in an interview before the live performance kicks off and he sings to Body Langauge along with Ajebo Hustlers.