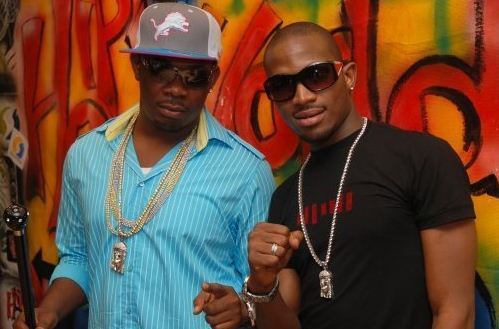 D'Banj and Don Jazzy are a legendary pair. Whenever the story of one is narrated, the name of the other cannot be missing as their journeys both intersect and they served us their years of prime talent.

"D'banj's charm lies deep in the music –littered across his discography are songs which, years later, can serve as guide. Whether it's on "Igwe," where he tapped into the commercial prospect of the South Eastern market, or "Oliver Twist," the riveting rendition of his celebrity desires, D'banj never misses, bending the hearts of a generation to his will."

READ ALSO: D'Banj at 40: A Master Charmer's Guide to Reverence

Yesterday, D'Banj turned 40 and expectedly, has been in a celebratory mood. Announced first was a partnership with Heritage Bank, then sponsorship from Martell who were organizing his birthday. Long hours went into the concert which would be broadcasted live. Names mentioned; many wondered if Don Jazzy, with whom D'Banj made great hits and albums, was going to be present.

Well, he was, actually. And as expected, their minutes you can't watch without a big grin plastered across your face.