D'Banj at 40: A Master Charmer's Guide To Reverence 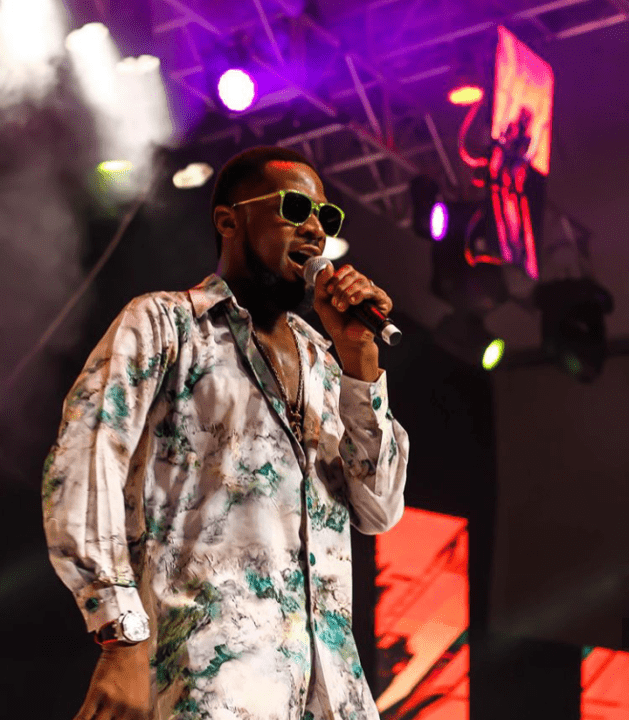 An Overview: D'Banj at 40: A Master Charmer's Guide to Reverence

In a career that has spawned over 16 years, Dapo Oyebanjo –known as D'banj– has been "the quintessential playboy," offering snatches of his sexiness at every opportunity. It's why the ladies love him, and why his fancy shirts fly open to reveal his ripped body in shows, in press photos, and definitely in videos. With a preference for high taste which parlayed into his branding, he's become African music's master charmer.

That's just a lick off the whole candy though. D'banj's charm lies deep in the music –littered across his discography are songs which, years later, can serve as guide. Whether it's on "Igwe," where he tapped into the commercial prospect of the South Eastern market, or "Oliver Twist," a riveting account of his desires (akin to that of character from the Charles Dickens novel), D'banj never misses, bending the hearts of a generation to his will.

While he did, he was Africa's greatest showman, a rock star, a hit maker, a forward-thinking business man, the African Michael Jackson, Bangalee, the Koko Master – the names are endless: He's had quite the career.

Here's some life lessons you can learn from D'banj, the master charmer. As presented in song.

"Make I Tell Una One Secret"

A debut album is a great statement. A great debut album, however, is a statement that holds itself accountable to history. D'banj's debut, No Long Thing (2015), was a great album, and its first words –"make I tell una one secret"– set D'banj on the path of being a master charmer.

Introduced via an excitable use of the harmonica, D'banj's spoken word on how to get a woman proves comical. The magic word, otherwise known as the koko, can be interpreted in this sense as 'give them what they want.'

Them, on "Tongolo," being a lady, yours could be an errant business partner. D'banj, in his obvious wisdom, tells you to embody the No Long Thing philosophy –I'm down for whatever you're down for.

Dealing with a problematic bus conductor in Lagos will prove this better. In times like these, you'll want to swap the a shirt for boxer gloves. Cos you have to speak a recognizable language.

Popular Nigerian music has always had its God stories. Artists always have that song in their discography, and D'banj is no different.

Across different tracks, he's exalted God, and has often made uproarious moments from such songs. The most popular, obviously, has to be "Mobolowon," off the No Long Thing tape. For a song which ruled the industry upon release, its quality and message still resonates 15 years later.

What, you might ask, connects the premise of God with being a master charmer. It should be obvious, that if you haven't charmed whoever or whatever you ascribe your spiritual life to into blessing you, that you're doing it wrong. For D'banj, the passion to do music and excel at its highest level, set him apart, and God blessed him.

It's also worthy of mention, how the death of his older brother Femi (then aged 17), spurred him to become a musician. Surely, D'banj, being a Christian, believes God had something to do with it. In recent times, he lost a son but got another, and if you asked him to sing of the experience, all indications tilt towards the fact he'll praise God, loud and clear.

"But When I Reach Igbo Land, Dem Call Me Many Names; Dem Dash Me A Title!"

Osi na nwata buru ogaraya. You probably said those words together at the time, a word-bending exercise which had you feel fly – I did. Long before Burna Boy become Odogwu, D'banj had been in Jamaica, Ghana, South Africa, and finally Igbo Land, from whence the title came about. Whether this happened or not is an entirely different tale; we didn't ask at the time and we're not doing so now.

"Igwe" was a masterclass on confidence. To talk your talk and not stutter. D'banj probably doesn't know 100 words in Igbo, but he called himself an Igwe. Branding, obviously, is also tied to the narrative. You just know that such a song would do well in the East; who, at the time, were quite happy to be featured in the story of Africa's biggest superstar.

It's one thing to create content, but it's another to create content that resonates. The boisterous Don Jazzy production, the intro, the praise chant of its chorus –all these are appropriated from Highlife, a genre popularized in Nigeria by the Igbo folk. These days, there might be woke terms to discredit such efforts, but if you're doing it, do it well. Just like D'banj showed us how too on "Igwe," a jam of many proportions.

"So I Took Her On Baecation!"

Last year, D'banj teamed up with friend and fellow veteran 2Baba for "Baecation," a Summer-themed song, its references to a romantic get-away obvious from the title.

Both 2Baba and D'banj are happily married, and per the video, they have great bodies and good health to show for it. Just one simple and charming lesson here: Stick to one partner, and do whatever to make him or her happy.