Davido Performs With 50 cent At The Madison Square Garden 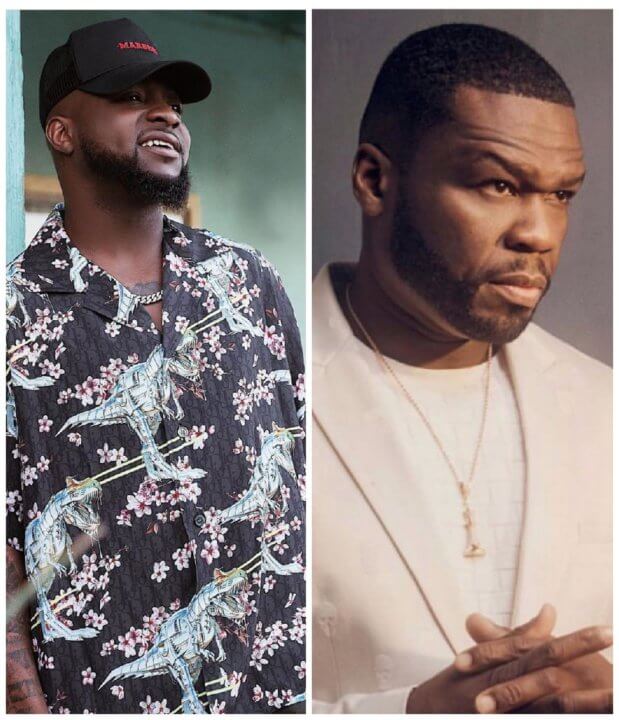 Last night, the 20th of August, Nigerian superstar, Davido performed at one of the world's most famous arena, Madison Square Garden after openly wishing to perform on that stage very recently.

Five months ago, Davido stated that he wishes to perform at the famous arena someday and on the 20th that wish became a reality at the world premiere of the season finale of American crime drama, POWER.

The afrobeats star was introduced to the crowd by American rapper, actor, and producer, Curtis James Jackson III popular known as 50 cent who is an actor and a producer of the popular television series, Power.

50 cent did not just introduce Davido to the stage, he also stayed on the stage while Davido performs his hit single, Fall.

Taking to his Instagram story, Davido expressed his excitement of not just getting his wish but also performing with one of the biggest influence in the global entertainment scene. 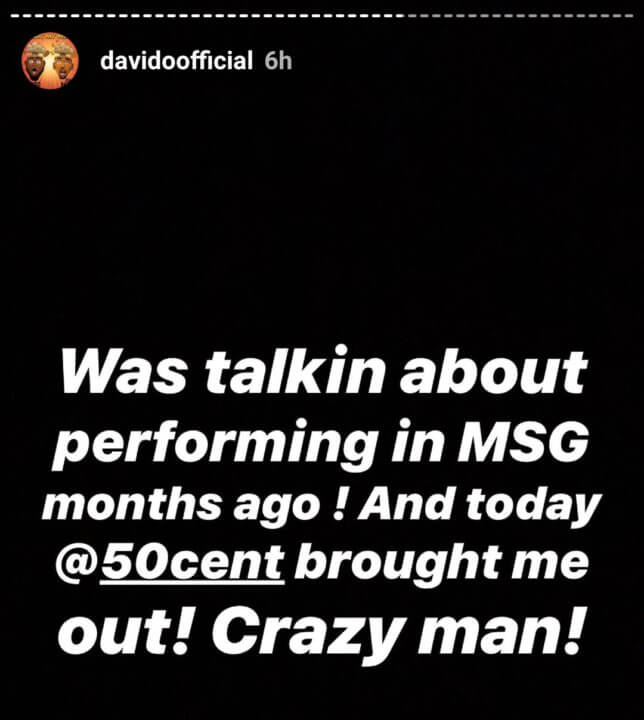