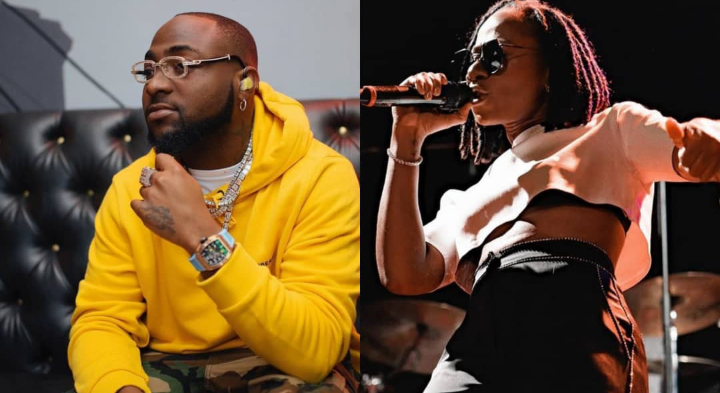 Davido and Asa performed each other's hits on Instagram yesterday

Davido Cover's Asa's 'Bibanke' In A Memorable Performance: An Overview

Nigerian music icon Asa, who had cancelled her European tours also had to do away with the plans on home soil. While she has, so far, exuded a gracious presence on social media, she reached a new level of goddess when she agreed to do an Instagram live with Davido.

It was a scintillating prospect: the best of both worlds, two awesome performers – fans were excited, of course.

On Monday evening (April 13th), both artists kicked it together, with Asa performing some of Davido's hit songs, and the Afropop superstar doing the  same.

Below is a video of Davido performing the classic "Bibanke", while the icon Asa watches on with admiration.

Apex And Bionic Alongside Slimcase Present The Video To 'Passmark'