SHARE
This Week's Episode Features a Conversation With KiDi, the 5 Hottest Tracks of the Week and Katungulu Mwendwa's Favorite African Proverb! 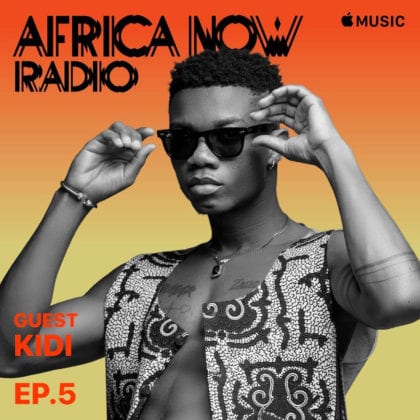 "It's been crazy because looking at the time we dropped the song and everything, I really wasn't expecting it to do how well it's doing currently. […] then I was like, 'Let's look at it from this point of view.' With everything going on, there's lots of negativity on the news and people are sick, people are dying. I feel like sometimes the world needs a breath of fresh air. Just remember that life still goes on. We're supposed to take a moment to appreciate ourselves, be happy, say cheese, smile. […] God has been so good, the song is everywhere. I'm really grateful and humbled."

Kidi Tells Apple Music About the Importance of Education

"It's very important that no matter how good an industry's doing, we always make room for the younger ones coming. We always have to make a conscious effort to make sure our bench is looking great. Because that's where the change comes in. That's when they observed the gift from afar, come and bring something different and take the industry to a new level. So it's very important."

"What it means is that, if you see a lion has been rained on, do not mistake it for a cat. […] Be conscious about how you’re dealing with people in life, and not underestimate their abilities whatsoever. Respect everyone you deal with!"