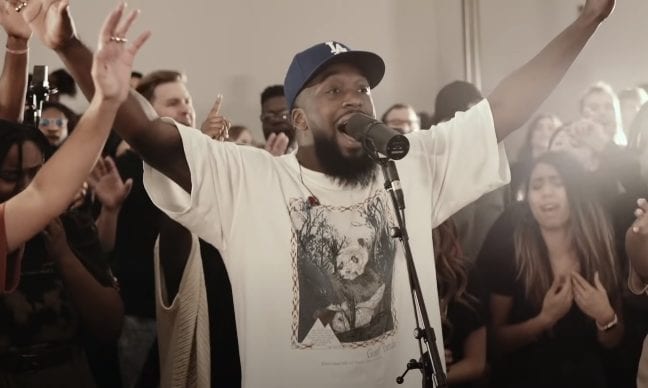 “I Thank God” was written by Jesse Cline, George, Bowe, Moses, and Butler. The video was captured at a live recording at UPPER ROOM Dallas.

Move Your Heart by MCM and UPPERROOM will be available everywhere you listen to music on Jan 29, 2021.

Maverick City started with a dream to make space for folk that would otherwise live in their own separate worlds - To break the unspoken rules that exist in the CCM and Gospel World. But more importantly to be a megaphone for a community of creatives that have been pushed to the margins of the industry of Church Music.

What brings them together isn’t the sound of a community that centred around their deprivation, it’s the audacious sound of true belonging: The beautiful harmony of long lost family.

Speaking about their music, MCM shares:

Maybe now more than ever not just the Church but the world needs a plurality of strong diverse voices carrying messages that can help reshape the world. However, we didn’t start out to be a diverse community for the sake of diversity. We simply became aware of our deep need for people that were so absent from our lives that their silence was deafening.

What are your thoughts about Maverick City Music's  'I thank God' project? Leave your comment below