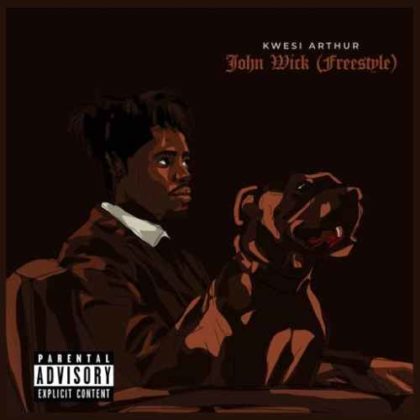 The multiple award-winning rapper displays his lyrical prowess on the hip-hop tune, which he equally used to reassert his importance in the Ghanaian rap game.

According to the rapper, the song is one of the many songs he needs to release before he drops his incoming album titled ‘Son of Jacob’. Taking to his Instagram page to pass a message, the rapper took a warning shot at other rappers with the tune ‘John Wick’. He wrote:

I have too many songs chale,need to let them go before SOJ. The heat is about to turn up 1000% … these are just warning shots 🎯 🎯. #sonofjacob coming soon.

Kwesi Arthur whose real names are Emmanuel Kwesi Danso Arthur Junior (born 18 December 1994), is a rapper and musician from Tema, Ghana. He was nominated for Best International Act at the 2018 BET Awards. He is currently considered one of the best young artists in Ghana and Africa. Kwesi Arthur began to pursue a career in music after listening to Drake’s debut album, Thank Me Later.[4] In 2015, he released the lead single “Grind Day” from his debut EP, Live from Nkrumah Krom (2017).