#BBNaija: Jackie B and JayPaul Become Joint HoH Amid Introduction of New Twist

Jackie B and JayPaul have become joint Head of House (HoH) in a new twist introduced in the BBNaija house which sees all the other housemates up for eviction.

Big Brother announced the twist at the start of the BBNaija Arena games today, which was won by Jackie B and JayPaul as they emerged join HoH. This happened on Monday, the 30th of August 2021. 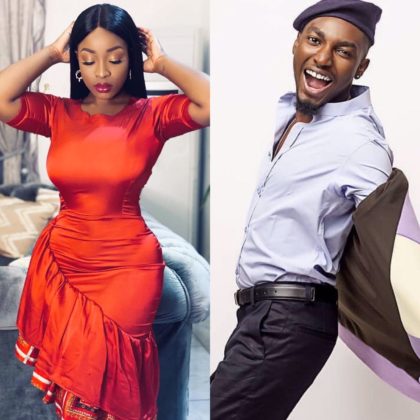 JayPaul and Jackie B replace the outgoing HoH, Liquorose who is now also up for eviction with the rest of the housemates. During her own reign, Liquorose was liked to Pere in the way she ruled the house. Instagram user @iambookwormdee wrote;

I wonder how ppl watch dis show. Rose is not that kind of person, and she wasn't rude. She needed to do that because d hms were disrespecting her bcoz of her kindness. This is not a military regime!

JayPaul and Jackie B becoming HoH is coming a day after the shock eviction of one of the early BBNaija favorites, Maria. She was evicted alongside JMK and Sammie last night after pooling one of the lowest votes in last week's round of voting. It is obvious the producers are trying to shake things up in the house, and we expect this season to get even more interesting.

#BBNaija: 'I Have Once Cheated On Tega' - Husband Makes Shocking Reveal

#BBNaija: JMK, Sammie and Maria Have Been Evicted