Maria was one of the three housemates that left the BBNaija house tonight, and the reactions to her eviction range from shock to delight.

Maria was evicted alongside JMK and Sammie, and we have the reactions to her unexpected eviction from the BBNaija house for you. The eviction happened during the live show on Sunday, the 29th of August 2021. 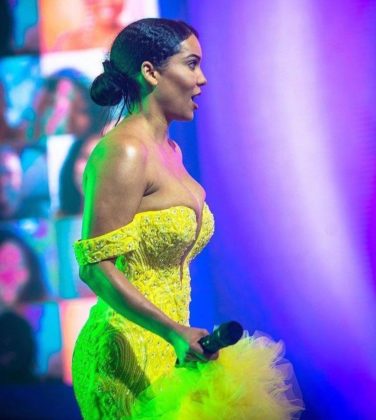 In her post-eviction interview, Maria herself said she was surprised by the eviction, and she did not see it coming even though she prepared herself for it. Ebuka pressed her on why she kept talking about missing her family, and she said she just hasn't seen them for a while and she did not mean that she wanted to actually go home.

On her relationship with Pere, Maria said they are just friends and she does not intend to pursue anything else with him outside the house. She also revealed her plan to relocate to Lagos and also set up a business in Abuja.

READ ALSO: JMK, Sammie and Maria Have Been Evicted

Among the reactions was Toke Makinwa who credited Maria's fanbase for their efforts at trying to save her from BBNaija eviction. In her words;

Maria’s fan base tried, it’s unfortunate that it was a triple eviction night plus the game is getting closer and closer. The house has to be decongested. Maria played her game well, she gave us talking points and she’ll do well. No body loses, the platform has been given. 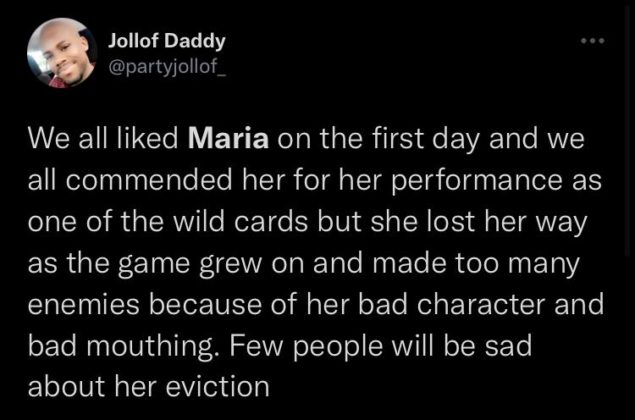 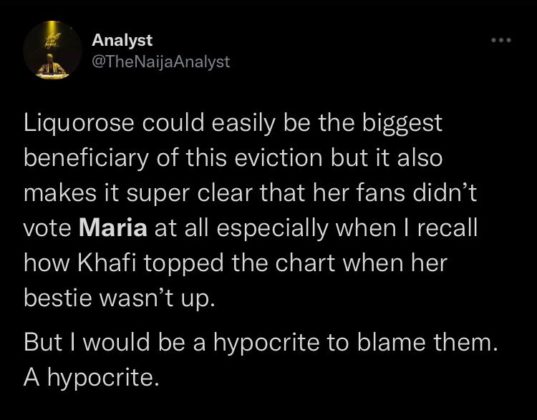 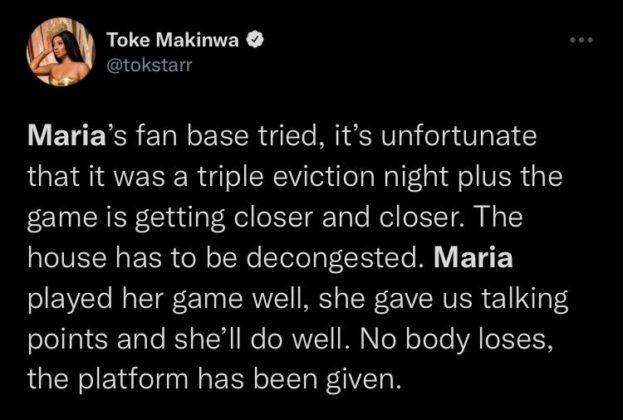 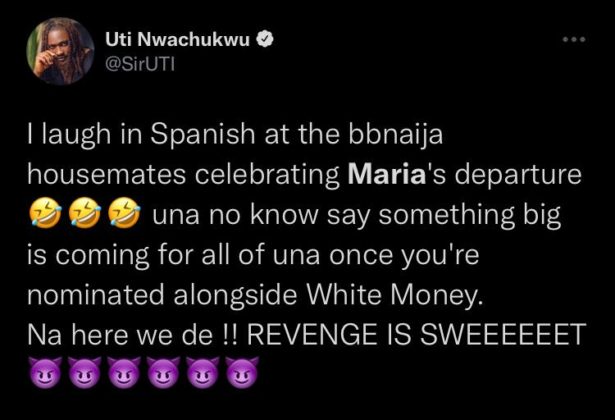 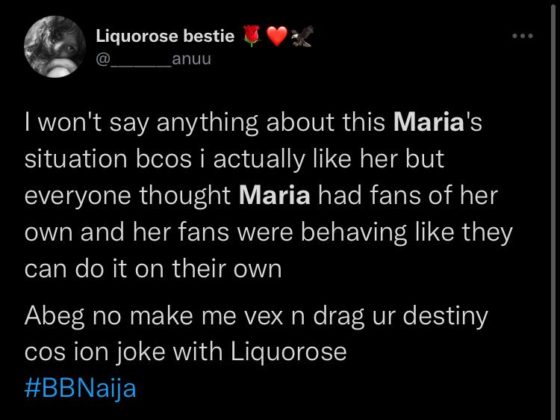 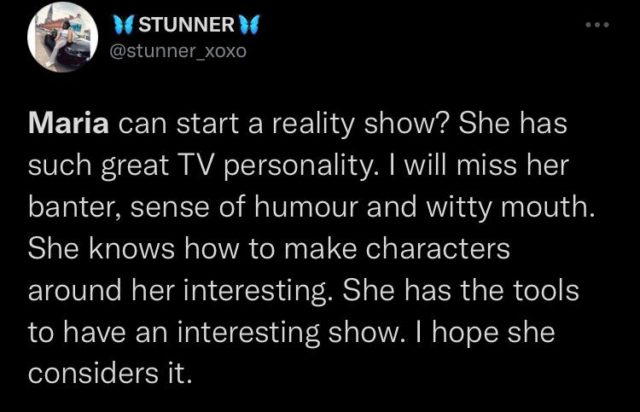