Everything you need to know about Tems from Biography to Latest Albums, Songs & Videos, News, Awards, Networth & Lifestyle

Temilade Openiyi popularly known as Tems was born on the 11th of  June 11, 1995 in Lagos, Nigeria. Born to a Nigerian mother and British father, Tems family moved to the United Kingdom shortly after birth. Her parents separated when she was five, and relocated to Ilupeju, before moving to Lekki, then Ajah. At school she was noticed by her music teacher and that was how she learnt the piano and would practice with her brother’s guitar accompaniment.

How old is Tems?

Tems was born in Lagos and attended Dowen College in Lekki and studied and graduated in economics in Johannesburg, South Africa. 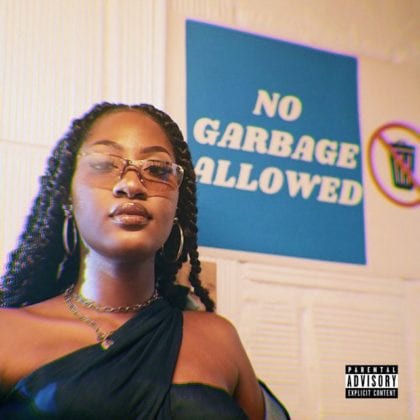 When did Tems started her music career?

In 2018 she recorded and released her self composed song, Mr Rebel, a song that placed her name in the hearts of fans and that was how she started building her rebel gang, a name she calls her loyal fans.

After amassing such love from fans, Tems dropped another hit single ‘Try Me’ in August 2019 that’s fast becoming a signature fans ascribe the song to her brand. Try Me’ is a major hit for Tems and it currently has over 4.6 million views on YouTube.

In 2020 Tems was selected as one of the talented artistes to watch out for on Notjustok’s annual list list that highlights upcoming talents in the industry at the beginning of every year and her name was also among the artiste’s to watch out for on BBC Radio’s DJ Edu’s “ten artists to watch”. Same 2020, the Lagos raised singer was recruited by DJ Khalid to join him and fellow Nigerian Davido on an Afrobeats remix of Know Your Worth.

How many Albums/EPs has Tems Released?

Tems has released one EP. Tems released her debut album, For Broken Ears EP, on the 25th of september 2020, following the release of her single, Damages from the album.

Tems collaborated with Wizkid on his highly talked about Made in Lagos album and they produced a hit record on the project. Essence.

Wuizkid and Tems were first spotted at his “StarboyFest” in December 2019 where Wizkid introduced Tems to the stage to perform her hit record, ‘Try Me’. After then, there became rumours of a Wizkid and Tems collaboration, which went from a rumour to a reality after Wizkid released the tracklist to his Made in lagos album. The “Ojuelegba”and the “Try Me” singers have been seen in the studios of late and also seen chilling and recording in Ghana.

Multi-award winning American superstar and music legend, Chris Brown openly testified to the talent of Tems on the 19th of Dec. 2020 via an Instastory post where he wrote; “Tems is so so so fire …” with a fire emoji. This endorsement is massive for the career of the singer and that acknowledgement got Twitter on fire for as long as her rebel gang made it.

Tems hit a great milestone on the 20th of December 2020 when her collaborated song with Wizkid ‘Essence’ made it to the playlist of the 44th President of the United States of America, Barack Obama. The song was among the works of other talented acts such as H.E.R, Dualipa, J.Hus and many others.

Tems and Omah Lay in Uganda

How Tems was arrested in Uganda?

In December 2020, Tems and fellow Nigerian artist Omah Lay were arrested in Uganda for allegedly violating the COVID-19 safety laws of the country after both artistes were spotted a night before the arrest performing to fans in the country. After a series of back and forths from fans, Ugandan authorities and the media, they were both released and the charges were dropped.

What are some Popular Tems Songs?

How many Awards has Tems Won?