Zlatan Ibrahimovic Ruled out of Champions League Clash Against Liverpool

Zlatan Ibrahimovic has been ruled out of the UEFA Champions League group opening game for AC Milan against Liverpool. The striker has been suffering from an Achilles tendon in recent weeks and that has ruled him out of the game. 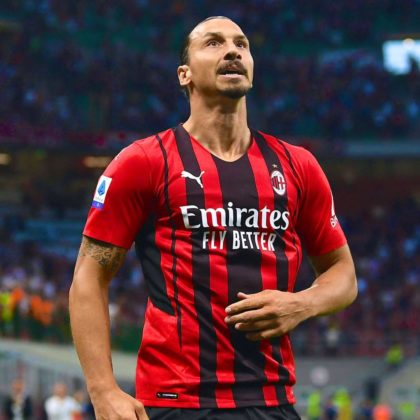 READ ALSO: TYSON FURY WILL GIVE ME THE CHALLENGE I DESIRE - ANTHONY JOSHUA

Transfer news expert Fabrizio Romano confirmed the news of the Swiss been ruled out of the fixture on his official Twitter account on Tuesday, September 14th, 2021. The game between the Premier League club and the Serie A team will be played on Wednesday, September 15th, 2021. 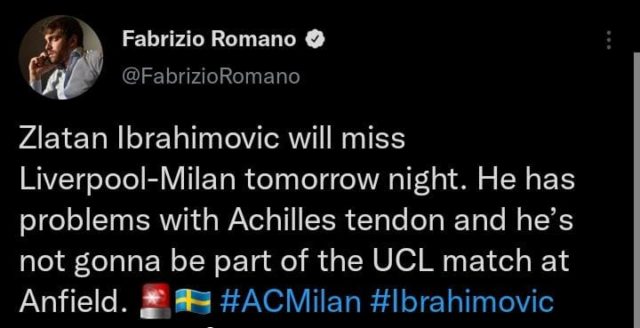 AC Milan will miss Zlatan in the game against the Reds. The attacker scored a goal for the Serie A club in the weekend's game against Lazio at the San Siro Stadium.

The Rossoneri won the game 2-0 with Rafael Leao scoring the opening goal of the game before the Swiss striker scored the second goal. The game was Zlatan's first game of the season after he coming off the bench.

The other group game is between Atletico Madrid and Porto. This group seems to be the toughest in this season of the UEFA Champions League.