AC Milan striker, Zlatan Ibrahimovic, has advised Kylian Mbappe to push himself to the limit if he wants to become the best player in the world. 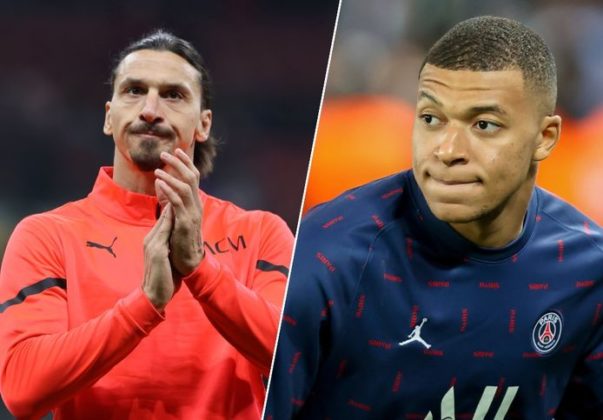 Zlatan was speaking in an interview with Telefoot, a sports magazine in France on Sunday, October 31st, 2021. He said the French player must surround himself with people that are ready to tell him the truth.

I love Mbappe, but he isn't doing enough. He can become very strong if he hurts himself. He needs to taste blood and walk on fire.

Surround yourself with people who tell you that you're not good enough and you will become the best.

He also spoke about Messi deciding to join Paris Saint Germain from Barcelona during the summer transfer window.

It's a good challenge for Messi. He will try something new after a long period at Barcelona and he's going to a very ambitious club that wants to win and is rising.

Is today's team better than the one in my era? No, we were a team. These days, it is not a team.

The Swedish scored 156 goals in 180 appearances during his time at PSG, while Mbappe's goal tally stands at 138 goals in 185 appearances.