Tottenham's manager, Nuno Espirito Santo, could be facing his exit out of the White Hart Lane before the next Premier League game against Everton. 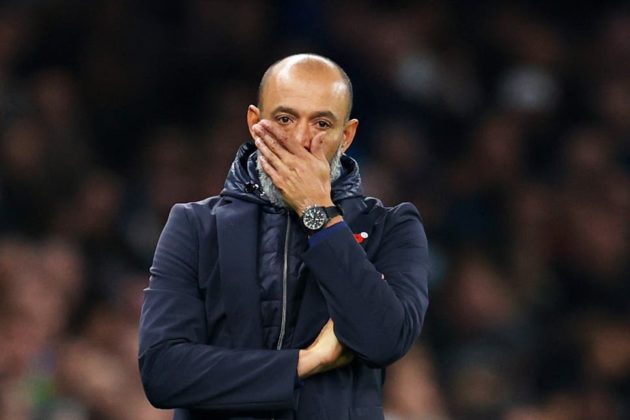 READ ALSO: TYSON FURY INSISTS HE IS READY TO TRAIN ANTHONY JOSHUA AHEAD OF USYK'S FIGHT

A well-renowned journalist with the Telegraph, Matt Law, confirmed the news on his official Twitter account on Sunday, October 31st, 2021. According to him, the board will meet to discuss the present situation at the club and the future of its manager. 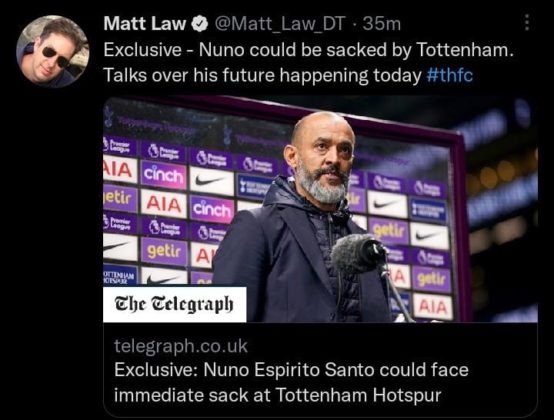 Tottenham suffered a 3-0 defeat against Manchester United at home with goals from Ronaldo, Cavani and Rashford. This is the club's back to back defeat in the league following a defeat to West Ham United at the London Stadium.

The lack of goals from the club's striker, Harry Kane in the league is the major reason the London side have failed to hit the ground running.

The defeat against the Red Devils means Spurs have managed to win just 5 games in the first 10 games of the season, their worse start in 13 years.

Nuno was appointed on a two-year contract with an option fo extend after Jose Mourinho was sacked by the club.

Nuno was appointed on a two-year contract at the Tottenham Hotspur Stadium with an option to extend for a further year.