Former Barcelona midfielder, Yaya Toure, has offered his coaching service to the Catalonia club. The club is currently facing a crisis both off and on the pitch. He was part of the Barcelona team that won the UEFA Champions League in 2010. 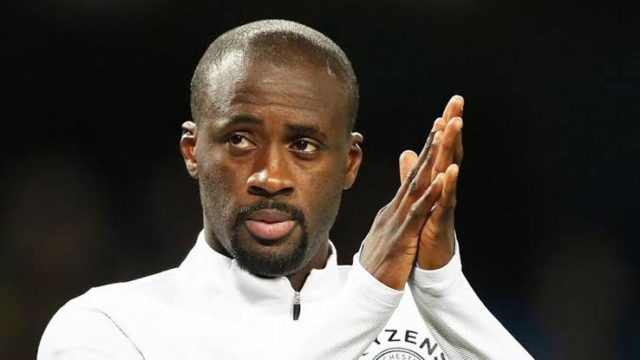 The former Manchester City player posted the news on his official Twitter account. He confirmed his readiness to help the team in its current crisis.

Toure fell down the pecking order the season after winning the Champions League under manager, Pep Guardiola.

My time at Barcelona was one of the best memories of my playing career. The club has decided to trust me when I was still a young player, yet to establish myself in the top leagues. I will forever be grateful to the club for what they have done for me. It may be a difficult time for the club, but my belief in Barcelona is strong. I will always be available for the club should they need me anytime, as my heart is forever with the club, the people and the fans. 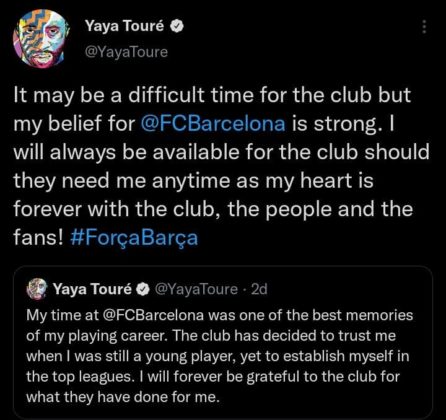 Ronald Koeman has been under scrutiny by fans of the club following the poor run of form by the club since the start of the season. Barcelona are currently eighth on the La Liga table and last in their Champions League group.

Toure is currently an assistant coach of Russian club Akhmat Grozny and is also doing his UEFA coaching badge course.