Switzerland's midfielder, Xherdan Shaqiri, has completed his move from Liverpool to Lyon. The fee cost the French side 9.5 million pounds, he is expected to stay at the club until 2024. The 29-year-old joined the Reds from Stoke City in 2018 for 13 million pounds. 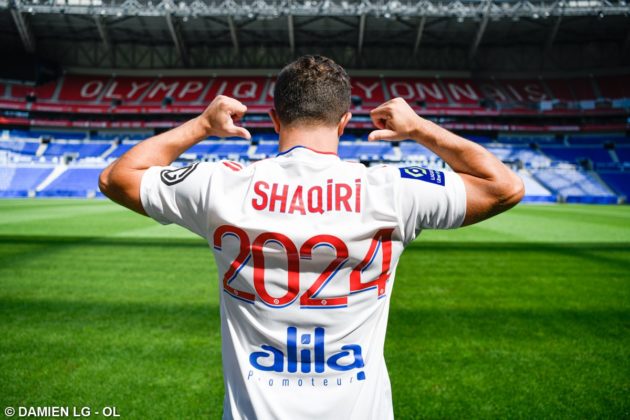 The Swiss had told Jurgen Klopp at the start of the transfer window that he wants to leave the club, to get himself more playing time. The club's sporting director Michael Edwards gave Shaqiri permission after Lyon increased their initial offer of 4 million pounds. The news of his transfer was announced on Lyon's website on Monday, August 23rd, 2021.

Shaqiri becomes the second player to move to the Ligue 1 this summer, with Georginio Wijnaldum who joined Paris Saint-Germain after his contract expired.

The Swiss joined Liverpool from Stoke City in 2018. He has played 45 games for the Reds and scored seven goals. He won the Premier League, the UEFA Champions League, FIFA Club World Cup, and the UEFA Super Cup in the three seasons he was with the Reds.