Allegri Rules Out Any Chance of Cristiano Ronaldo Leaving Juventus

Juventus' coach Massimiliano Allegri has ruled out any chance of Cristiano Ronaldo leaving Juventus. He also dismissed reports it was the decision of the Portuguese not to start the Serie A game against Udinese on Sunday, August 22nd, 2021. 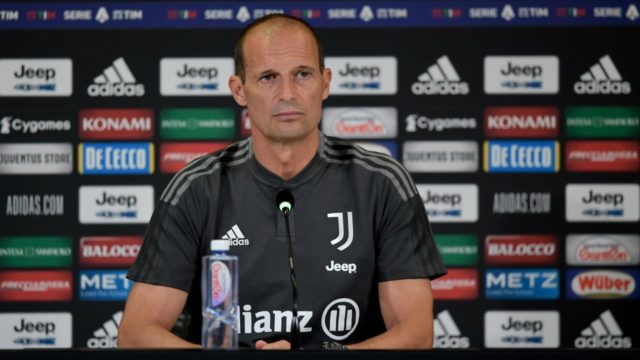 There had been reports in Italy that the Portuguese star asked that he should be left out of the team's starting XI, to keep him fit for any potential move away from the Old Ladies.

Allegri who spoke to Sky Italia, after the match, said the midfielder was doing well and they both spoke before the game. He also confirmed that it was his decision to start the player on the bench.

He made himself available. He did well when he entered the pitch. It was a decision shared with the player. At the start of the season, naturally he is not a top fitness. The coach is trying to use the best line-up at this moment.

This coach is trying to use the best line-up at this moment. I can absolutely confirm Ronaldo will remain at Juventus this season.

Ronaldo is currently in the final twelve months of his contract with Juventus and the midfielder is yet to renew it. The 34-year-old has been linked to Manchester City and Paris Saint Germain.