Liverpool Football Club has agreed to a 9.5 million pounds fee to sell Xherdan Shaqiri to Lyon. The Swiss have not had enough playing time under manager Jurgen Klopp. He has been given permission to undergo medical at the French side. 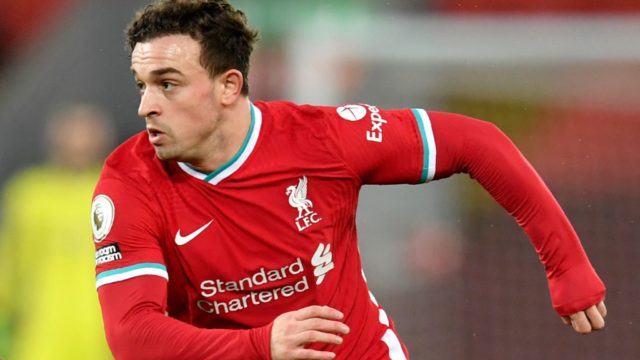 The 29-year-old had told Jurgen Klopp at the start of the transfer window that he wants to leave the club, to get himself more playing time. According to reports from The Athletic on Sunday, August 22nd, 2021, the club's sporting director Michael Edwards gave Shaqiri permission after Lyon increased their initial offer of 4 million pounds.

According to rumors from Anfield, Liverpool has been playing to offload Shaqiri since last season, but the Reds loaned out Harvey Elliot to Blackburn Rovers, to give him more playing time that is needed so he can have a chance on the first team.

The Swiss joined Liverpool from Stoke City in 2018. He has played 45 games for the Reds and scored seven goals.