Chelsea's striker, Romelu Lukaku has praised his team's performance in the game between Arsenal and Chelsea at the Emirates Stadium but insisted his team must continue to work hard. The Belgian scored the first goal of the game and was involved in the build-up that led to the second goal. 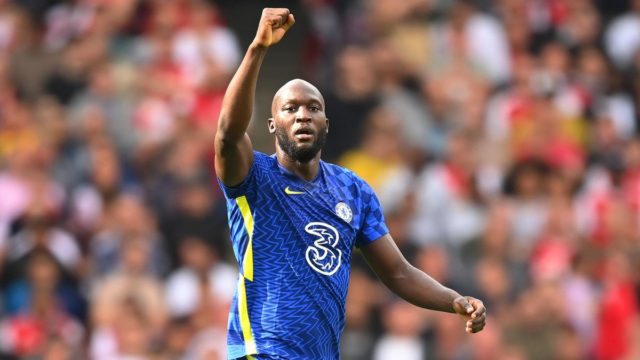 Lukaku spoke to Sky Sports in a press conference after the game between both London sides on Sunday, August 22nd, 2021.

The 28-year-old believed his team should have scored more goals in the game. He also said his team must keep working hard to recreate more of such results.

I am very happy with the win; we played really well; we dominated. We could have scored more, but to be honest, coming here with this performance, it's good we have to continue like that.

When he was asked about how he would access his own individual performance, he said,

Dominance, I would say, like I said, I try to improve every time. I have a long way to go. Today, it was good to win and to start well. We have to keep working, keep building, keep getting stronger. The Premier League is a very competitive league, but we are ready for the challenge and hopefully we can improve on this.

I tried my best but at the end of the day, you want to work out for the team; you want to win; you want to score; you want to create chances, something that i have worked on in this past and keep working on. This team is very talented, they are the European Champions. we have to keep working hard and keep delivering performances like this.

Romelu Lukaku was influential for Inter Milan last season, ensuring the Italian side won the title for the first time in 10 years.

"How would you assess your performance?"

Romelu Lukaku speaks to Sky Sports after his man of the match performance in #CFC's win at Arsenal...🔵🎙 pic.twitter.com/DiwMAvpLTM