Willian Reportedly Set to take a Pay Cut at Corinthians

Former Chelsea's winger Willian is reportedly set to take a put cut at Brazilian club Corinthians to end his awful career at Arsenal. The Brazilian joined the Gunners last summer on a three-year deal with high prospects from the fans and the board at the Emirates. 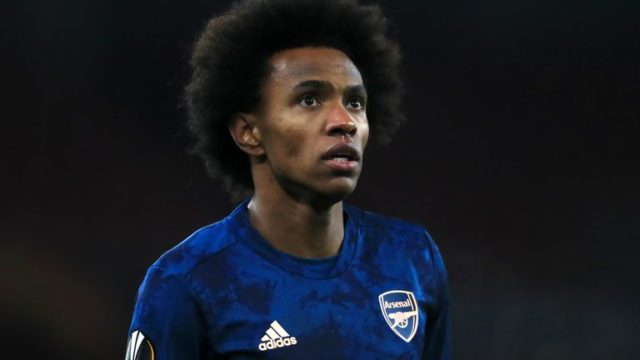 Arsenal are keen to sell off the 33-year-old this transfer window to help the club save some funds as they look to rebuild the club under manager, Mikel Arteta, according to reports from Sky Sports.

Transfer news expert, Fabrizio Romano confirmed on Sunday, August 29th, 2021 via his Twitter account that the Brazilian is set to leave Arsenal to join Corinthians. He also confirmed that Willian will leave the Emirates for free. 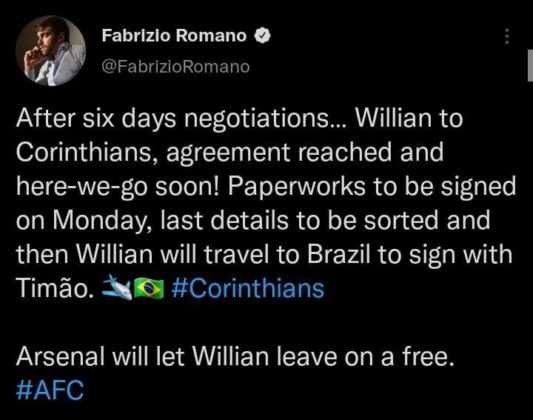 Willian has scored only a goal and had five assists in the 25 Premier League games he has featured for the Gunners.

Arsenal has invested £130 million in this transfer window, the most spent by any Premier League club this season. They spent the money on five players.

Ben White, Nuno Tavares, Aaron Ramsdale, Martin Odegaard, and Albert Lokonga have all arrived at the club this window.

If the Gunners want to buy more before the end of the transfer window, then they will need to sell players.