West Ham might not have the services of their vice-captain, Declan Rice, next season, as the player is not happy with the valuation the club has placed on him. The English midfielder has been on the radar of Chelsea and Manchester United for the past few years, but the valuation placed on the player is a major disadvantage in buying the player away from the London side. 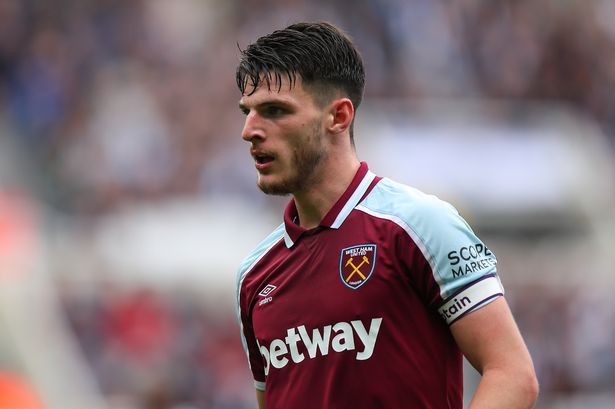 According to a report from the Telegraph on Saturday, August 21st, 2021, Rice is not happy at the club. He wants to win trophies; he wants to play in the Champions League and he knows the Hammers might not give him any of these.

The midfielder has three years left on his contract and it is reported that he will give his all for the club until his contract runs out. The Hammers have always offered Rice an improved offer, but Rice has no intention of accepting any of the offers.

Rice is an influential part of West Ham's team. He has played 132 games for the club in all competitions, scoring five goals. He can play as a defensive midfielder or as a center-back.