It was a sad day at West Bridgford Colts over the weekend when one of its players, Dylan Rich, was confirmed dead after collapsing during a FA Youth Cup game in Nottingham. They took the deceased player to the hospital in an ambulance after he reportedly suffered a cardiac arrest during the game. 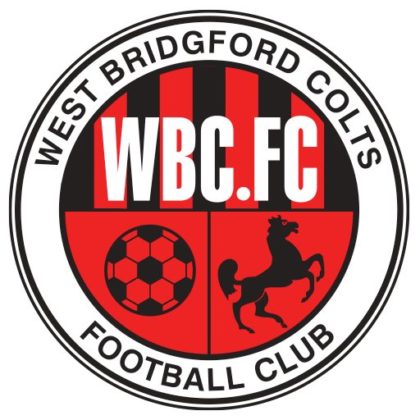 Late Dylan was treated with a defibrillator by his teammates after the incident occurred in the game against Boston United on Thursday, September 2nd, 2021. The news of his death was announced on West Bridgford Colts’ official website on Sunday, September 5th, 2021.

It is with great sadness that, following the events of Thursday evening, we have to announce the tragic passing of Dylan Rich. This news has left everyone involved with our club devastated and heartbroken.

Our thoughts and prayers go out to his parents Mike and Anna, his sister Lucy and Dylan’s family, friends and teammates. The club would like to thank everyone within the Colts and wider football community for the hundreds of heartfelt messages and thoughts that we received over the past few days.

The club will provide all the support it can to those players and club officials impacted by this tragic event, but for now there are no further words possible, and we ask everyone to respect the family’s privacy at this incredible difficult times.

The English Football Association has also released a statement to show their sympathy for the loss of the young player. 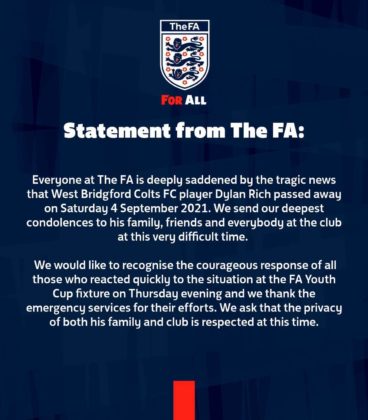 We would like to recognise the courageous response of all those who reacted quickly to the situation of the FA Youth Cup fixture on Thursday evening and we thank the emergency services for their efforts. We ask that the privacy of both his family and the club is respected at this time.