Manager of English club Derby County, Wayne Rooney has apologized to both his club and his family for the recently leaked images of him at a "private party".

Leaked images of Wayne Rooney appeared on the internet on Sunday which showed him asleep in a hotel, in the company of a group of young women. The former Manchester United striker made his apology in an interview with Sky Sports on Wednesday, the 28th of July 2021. 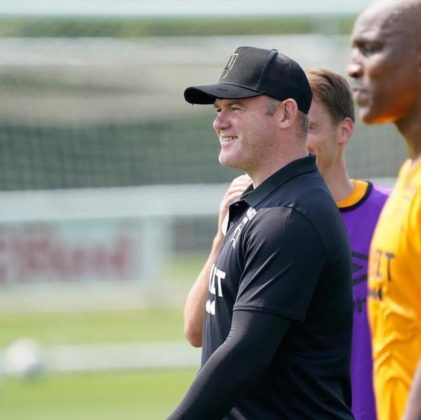 Wayne Rooney's team believed there may have been a conspiracy to entrap him with the leaked images. However, the police confirmed on Tuesday that they will not be taking any action on Rooney's complaint of blackmail. The United legend has not spoken out, saying he just wants to move on from the incident. He apologized to his family and to the club, whose image he represents. Rooney told Sky Sports after his team's preseason win against Spaniards, Real Betis;

I made a mistake. I went to a private party with two of my friends and from me, I'd like to apologise to my family and the club for the images which were going round and I want to move forward on this. I'm grateful to Derby County for giving me this opportunity to get this club back to where it belongs, and I'll do everything in my power to make sure I do that. It's dealt with. I'm looking forward to moving forward and preparing for another game on Sunday.

Speaking about the leaked images to Sky Sports was the first time Wayne Rooney had spoken to the media in while. He hasn't spoken to the press since he tackled his own midfielder, Jason Knight who is now out for three months with an injury.