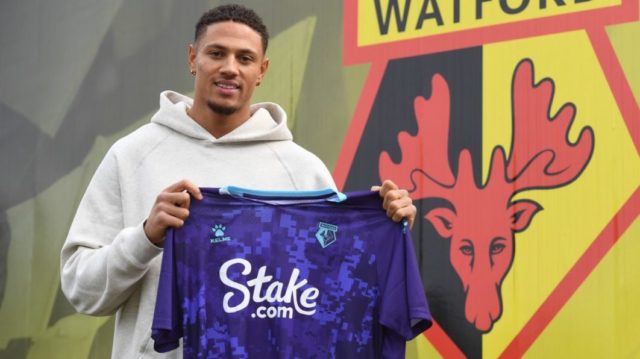 The Hornets recently nabbed the 22-year-old goalie on a five-and-a-half-year deal for an undisclosed fee from the Netherlands club Sparta Rotterdam. However, he is expected to complete the switch in the January transfer window; hence, he will return to Rotterdam on loan until the end of the 2021/22 campaign.

Okoye, due to his excellent form since he joined Rotterdam from German club Fortuna Dusseldorf on a free transfer in July 2020, won the heart of Hendrikus Fraser to become an important member of the squad.

The youngster even won Sparta’s Player of the Season award last term for his topnotch performances in helping his side claim an eighth-place finish in the league.

Taking to his Instagram page to speak about the transfer, he said:

i'm overwhelmed to sign for @watfordfcofficial , to play in the Premier League is something I’ve been dreaming about since I was a little boy💫 I can’t wait to get started with the team upcoming season 2022/2023! I wish the Club all the best for the rest of the season! See u soon!! 🐝

Okoye becomes the fourth Nigerian at the club after William Troost-Ekong, Oghenekaro Etebo and Emmanuel Dennis.