Chelsea’s manager, Thomas Tuchel, has been amazing for the Blues since he took charge from Frank Lampard in January 2021. He won the UEFA Champions League and the UEFA Super Cup in just eight months of joining the London club. 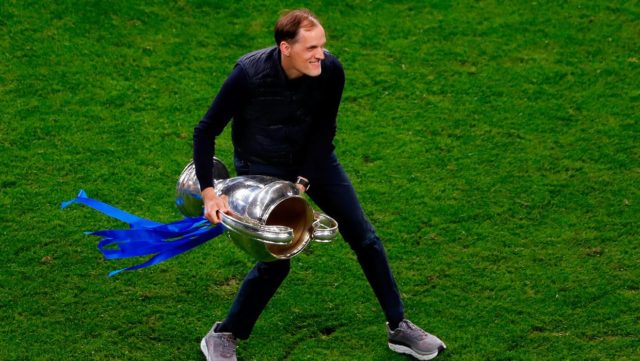 READ ALSO: THIAGO ALCANTARA RULED OUT OF LIVERPOOL’S NEXT GAME

Tuchel did not achieve this by just the regular training routine. The German is very tactical with his team, but on match day and during training sessions. He burst into the limelight in 2009 when he took charge of Bundesliga club, Mainz, from Jürgen Klopp. Mainz witnessed their best success since its inception under Tuchel as he led them to ninth place in his first season and to Europa League position in his second season.

The German was known for his special training qualities in every team he coached. He cut off the corner parts of his training pitch, which ensures the players have limited space to train and become more expressive whenever they play a game. His counter attack approach in games is also one of his unique abilities.

He signed for Borussia Dortmund on 29 June 2015, taking over from Klopp who moved to Liverpool. Tuchel was also successful at the German club, he won more points per game than any coach at the club. He finished behind Pep Guardiola’s Bayern Munich during his time at the club. Players like Mats Hummels and Pierre Emerick Aubameyang were part of his players that he used to execute his projects at Dortmund.

They later sacked him at Dortmund, after falling out of place with the club’s CEO, Joachim Watzke. According to reports from Germany, Watzke said Tuchel was an excellent coach, but he lacked fundamental values, trust, respect, communication skills.

Despite all the success achieved by Tuchel, he is mostly seen as a perfectionist who does not want any mistake from his players during a match or training session.

A player from Mainz, who he coached Heinz Müller, described him as a bully. In his words, ”what he did to me was 100% bullying. He is a dictator.

Tuchel joined Paris Saint-Germain on 14th, May 2018, he took the Ligue 1 club to its first ever UEFA Champions League final, but lost to his old foe in the Bundesliga, Bayern Munich. He was successful in Paris as he led the team to two league titles and the French cup.

PSG went on 14 consecutive wins in his first season at the club. He won three of every four games in the Ligue 1, making the team hard to beat. He later fell out of the Sporting director of the club, which led to his sack in 2020.

Klopp, in an interview, described him as an outstanding coach, while Guardiola said he is one of the best coaches in the world.

Tuchel has started his time at Chelsea on a wonderful note. He has recorded two points per game since he joined the Blues. He is on top of the Premier League table with the same number of points as Liverpool and Manchester United.