Super Eagles and Napoli striker, Victor Osimhen has suffered an injury in his cheekbone while playing against Inter Milan in Serie A. 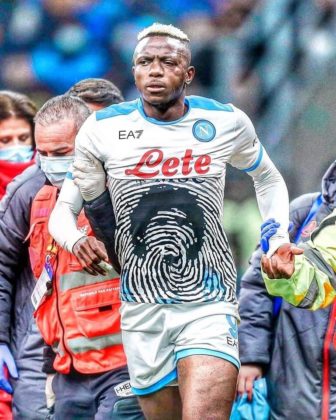 The forward man started the game in the 3-2 defeat at the San Siro but was substituted on the 52nd minute following a clash of the head with Milan's player, Skriniar, which left the Nigerian with a black eye.

Napoli confirmed that the 22-year-old will undergo surgery following the damage to his left eye. He was immediately taken to the San Raffaele Hospital for tests, which found multiple breaks on his cheek and a fractured eye socket. 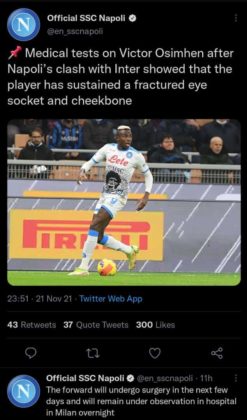 The player and Nigerians will hope the striker is fit for the African Cup of Nations, which will be hosted in Cameroon in January 2022.