Nigerian forward Victor Osimhen was on the score- sheet for his club side, Napoli, when they played Pescara on Saturday, August 14th, 2021. The Serie A team thrashed their opponent 4-0 in a friendly game ahead of the new season. 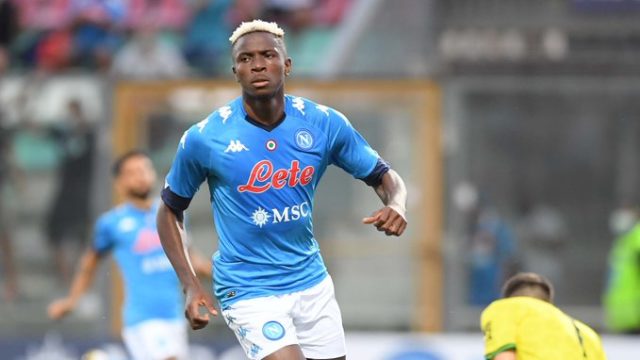 Osimhen scored the opening goal of the game in the ninth minute after he connected to the ball from Lorenzo Insigne. The remaining goals of the game were scored by Insigne, Adam Ounas, and Zedadka.

The midfielder has featured for Nigeria at different FIFA age level competitions. He played at the under-17 World Cup, Chile 2015, where he scored  10 goals in the competition. Nigeria emerged as the winner of that competition. Osimhen has also scored 6 goals in 12 games for the Super Eagles.