The body governing football in the World, FIFA, has celebrated the former Nigerian midfielder, Austin Jay-Jay Okocha, on his birthday. They described him as one of the most electrifying players in football history. Okocha was an influential part of the Super Eagles during his playing days. He was also known for his show of skills whenever he was on the pitch. 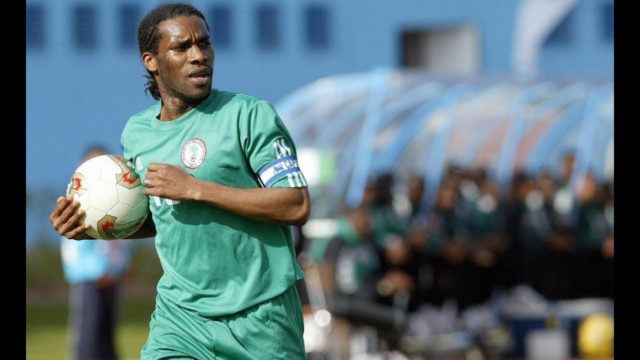 FIFA made this statement on their official Twitter account on Saturday, August 14th, 2021, while celebrating the Nigerian on his 48th birthday.

The body compared the Nigerian to Brazil's Ronaldinho, a player who is also known for his show of skills whenever he is with the ball on or off the pitch.

Happy Birthday to Africa's equivalent of @10Ronaldinho and one of the most electrifying players in football history. 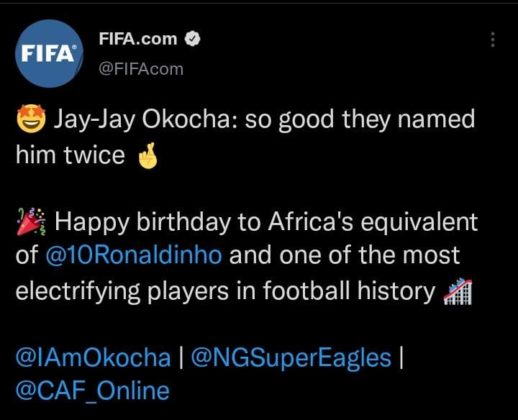 Okocha made the limelight at the African Cup of Nations in 1994 and also the World Cup that was hosted in the USA that same year. He also represented Nigeria at the World Cup hosted in France in 1998 and Korea/Japan in 2002. He was also part of the dream team that won Gold at the Atlanta Olympic Games in 1996.

Okocha signed for Paris Saint Germain (PSG) in 1998 for 14 million pounds. This made him the most expensive player in Africa.