It was the season opener for both Chelsea and Crystal Palace at Stamford Bridge in the 2021/22 season. Both teams were looking to start their season on a high by getting maximum points. The game started with the players observing a minute silence for those who lost their lives to Covid-19 over the past months. 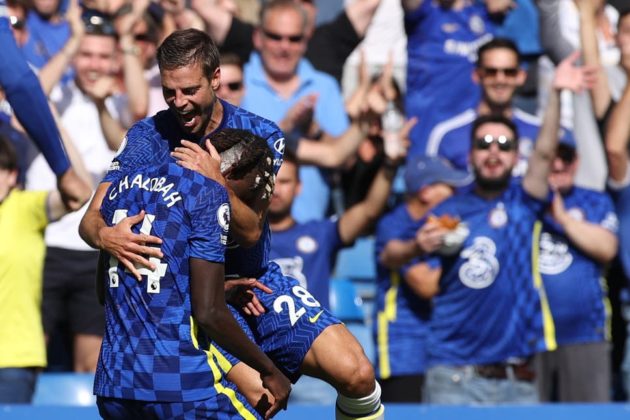 Marcos Alonso got the opening goal of the game in the 26th minute and it was a fantastic free-kick from the Spaniard to give Chelsea the lead. The Blues had another free-kick in the 30th minute, but Alonso could not covert this just like he did with the first free-kick.

In the 40th minute, Christian Pulisic extended Chelsea's lead as he pounced on a loose ball in the Palace's penalty area. Chelsea's dominance continued, but the Blues could not convert the chances. The first half ended 2-0 in Chelsea's favor.

The second half was almost the same as the first half, as the Blues dominated the opening minutes of the half. Trevoh Chalobah got himself his first Chelsea goal in his debut in the 57th minute, ensuring the blues led the game 3-0.

Crystal Palace created few chances in the last 15 minutes of the game, but it did not have enough threat to find the back of the net. The game ended 3-0 in favor of Chelsea.