The body governing football in Europe, UEFA, has ended the racial investigation in the game against Sparta Prague and Rangers in the Europa League on Thursday, September 30th, 2021. 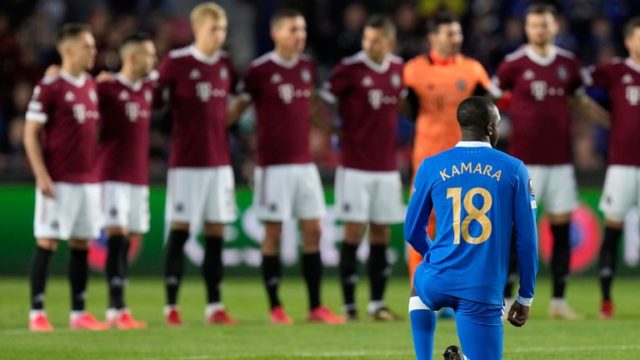 Sky Sports confirmed the news on its website on Friday, October 15th, 2021. According to the report, UEFA said there was not enough evidence to find the club guilty of any racial abuse accusations.

Rangers accused Sparta for been racial to Glen Kamara and every other black player on its team at the Letna Stadium during the game.

By Article 31 (4) of the UEFA Disciplinary Regulations, a UEFA Ethics and Disciplinary Inspector was appointed to conduct a disciplinary investigation regarding potential discriminatory incidents which allegedly occurred during the 2021/22 Europa League group stage match between AC Sparta Praha and Rangers FC played on 30 September 2021. The investigation has now concluded and there was insufficient evidence of racism or discrimination conduct at the match to warrant the opening of disciplinary proceedings against Sparta Praha.

The game was supposed to be played behind closed doors following the racial abuse directed at Monaco's Aurelius Tchouameni in August 2021, but about 10,000 school children and some adults were allowed into the stadium.

The Czech Republic club has since denied the allegations, insisting that the children were not guilty of those accusations.